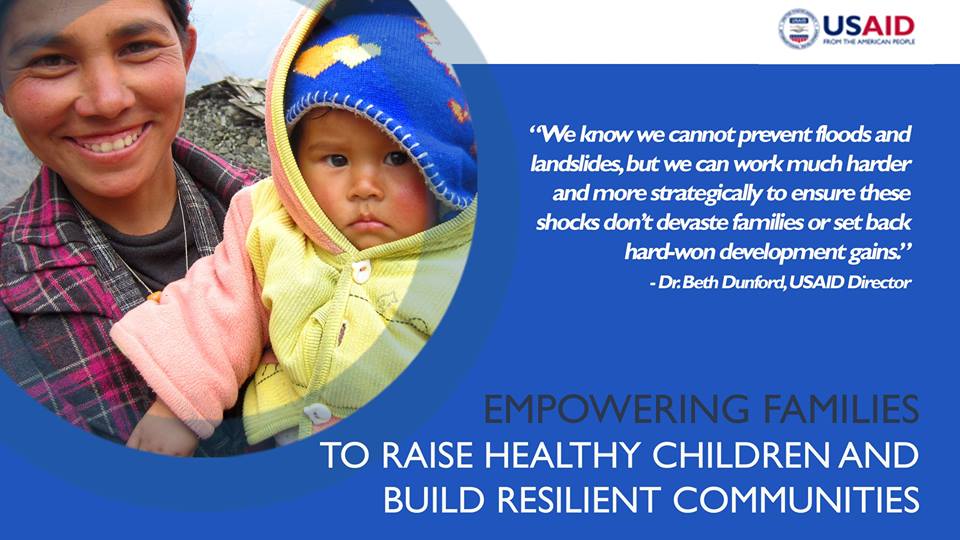 I recently went to the USAID Nepal’s Resilience Summit. The event was held at the Hotel Yak and Yeti in Kathmandu on Wednesday, 3rd of September between 10AM – 12PM. During the summit the US Ambassador Peter Bodde announced three new programmes with up to $70 million in funds that will help communities more quickly recover from natural disasters and other stressors.

The three USAID Resilience Projects are:

An up to $70 million Community Resilience Program integrating disaster risk reduction and climate change adaptation into USAID’s food and nutrition security efforts in Nepal. A quarter of Nepal’s population lives below the international poverty line of $1.25 per day, and this program will benefit an estimated 5 million of the most vulnerable in Nepal’s hill regions.

A $500,000 Innovative Early Warning Flooding System: USAID’s Office of Foreign Disaster Assistance will fund an early warning system to help protect communities in the Eastern region from flooding. The project will install gauges along flood-prone rivers and share real-time data with district authorities using SMS and email. This will help save lives in the event of flood.

A $100,000 Science and Technology Competition for Resilience – a call for bold and innovative solutions to “building sustainable food security” in Nepal. The Competition opens on September 4, and will be open to individuals, non-profits, academic institutions, and the private sector, with a focus on districts primarily in the Eastern regions of the country. More information will be released soon.

Lex Limbuhttps://lexlimbu.com
Lex Limbu is a non-resident Nepali blogger based in the UK. YouTube videos is where he started initially followed by blogging. Join him on Facebook and follow him on Twitter.
Previous article15 Nepalis Commit Suicide Daily!
Next articleKaruna Natural Wears – Officially Launched!