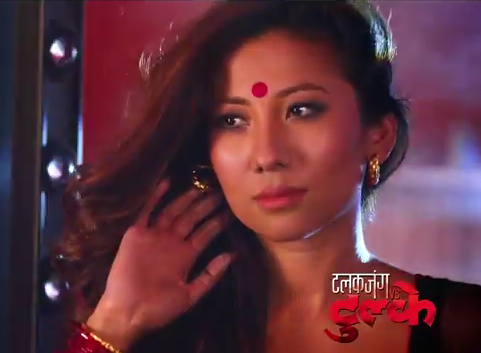 LOOT director Nischal Basnet is back with TALAKJUNG VS TULKE!! The film just released the song NACHANA MAIYA featuring Menuka Pradhan and it’s quite a visual treat! I never knew Menuka Pradhan was such a good dancer! She is literally sizzling in the video! If there’s anyone who knows how to write a catchy song then I guess it’s the main man Nischal Basnet himself. The song has been written by Basnet with music by Jason Kunwar, choreograpy by Gambhir Bista and vocals by Sumnima Singh, Roshan Thapa and Nischal Basnet.

The video also features the talented Reecha Sharma! Watch out for TALAKJUNG VS TULKE – out in cinemas 31st October!