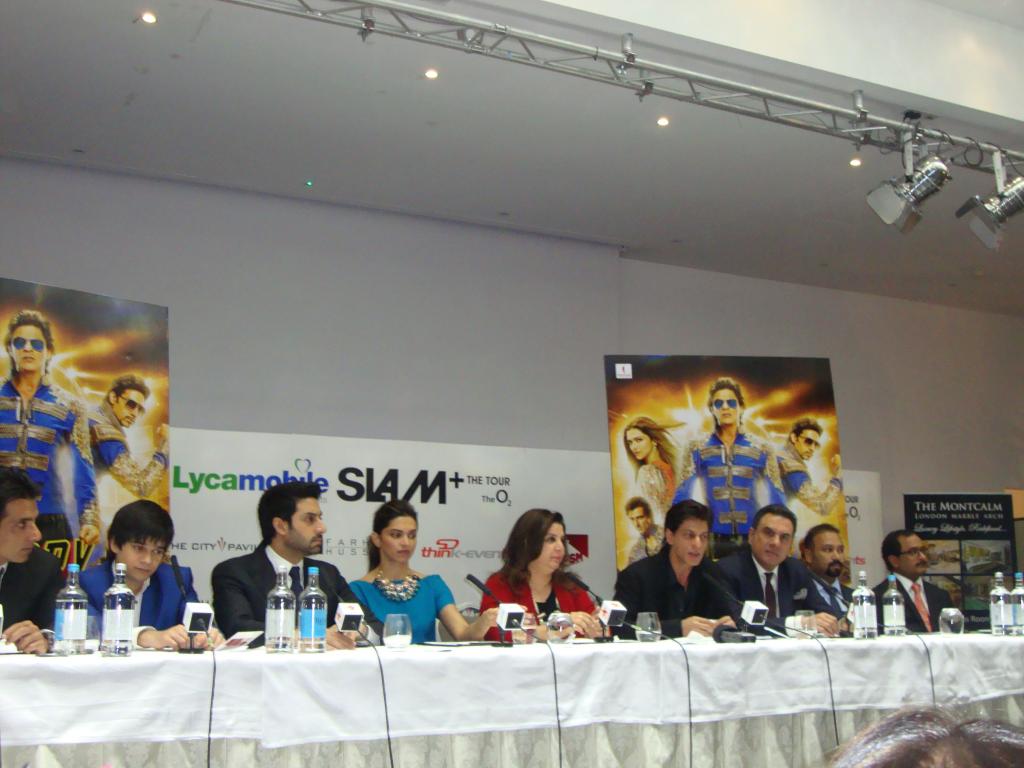 So let’s start right from the beginning. On Friday afternoon, I was bombarded by 26 messages from Lex. Initially, I thought a kid must have gotten hold of his phone. He then asked me to check my email. The email took FOREVER to load. Each line was loading one by one. That particular email was an invite to the Slam Press Conference of the much hyped film, Happy New Year! My immediate reaction was of shock and happiness! (All of those PC posts finally paid off Lex! Haha!) We were exchanging messages non – stop and could not believe this was all happening! When Lex forwarded me the email confirming my name for the Slam Press Conference guest list, my level of excitement was beyond any words!

I was counting down the hours for the main day like a kid would for Christmas and could not wait at all! So after getting all my essentials ready, I was on my way to meet the cast of Happy New Year. Even though I got there really early, I was surprised to see a lot of people waiting outside the venue! Some of them had queued from the early hours of the morning! After waiting for an hour or so outside, we were finally allowed in. The room was decked in Happy New Year banners and the table was set for the stars!

The cast of HNY had arrived in London on Saturday and had press junkets the whole day. Today was no exception. They had rehearsals, a press conference, other promotional campaigns to run and had to entertain 15,000 fans at The O2! After a few more hours, the word was out! The stars had arrived! They immediately took part in a photo call in the other room and OMG the flash was going off like crazy! Then Ameet Chana of Eastenders and Bend It Like Beckham fame, started the press conference by welcoming the Director of Om Shanti Om, Farah Khan. He then invited the lady who reigned 2013, Deepika Padukone! (Why is she so beautiful?) They were followed by Vivaan Shah, Boman Irani and Abhishek Bachchan! Then, the man who needs no introduction, the superstar, King of Romance, Shah Rukh Khan, entered the room. The room went crazy with loud cheers for the stars!

Shah Rukh Khan thanked everyone for coming and said it had been a long time since he performed on stage but it has been great fun so far.  When Ameet asked Abhishek Bachchan if there was any difference between the last tour with his family and this one, he said they had ‘a lot of fun’ making the film and to go on a tour with ‘a bigger family this time round was equally fun’. He added that he is a bit sad that the tour is coming to an end. This got Farah Khan teary eyed. She said the making of this film has been so special and she only just realised it’s all coming to an end. When asked what’s so special about London, SRK said London is his favourite city for many reasons apart from the weather. The crowd laughed and agreed. For Farah, her fondest memory was when she came to London for the first time to take part in the world dance championships in ‘86 at the Hippodrome.

When asked how Deepika’s life had changed, she said when she landed in Mumbai the day after the premiere for Om Shanti Om in London, her life had changed. One of the questions from the press was if she gets picked on by such a male dominated cast, she said she feels ‘like the luckiest girl in the world surrounded by so many charming men in this film’.

The London Slam+ Concert also featured the Dhak Dhak girl, Madhuri Dixit. Turns out it was SRK’s idea to make Maya part of this concert. He spoke very highly of Madhuri and said her performances are just mesmerising and that London is in for a treat!

Abhishek said they have come up with a new tradition of gate crashing a performance. He said that they get so comfortable with their own performances that sometimes they gate crash a co-star’s live performance. The entire cast said they had so much fun doing this tour that they would like to do another one and visit all the cities around the world. For people who missed out on this one, I really hope they do another one! The concert was amazing!

It was finally my turn to ask questions. I introduced myself as a representative from lexlimbu.com and told them I am from Nepal. I then talked about how much Bollywood has influenced the Nepalese fans and thanked them for saving us a lot of money as we learn Hindi watching their films for which Abhishek said ‘Sabash’. Shah Rukh then asked me to ask the question in Hindi and that he will help. (True gent!) So I asked Lex’s question for the panel, which was: Bollywood has a global appeal but many shows like SLAM only focus on the west. Will there be any possibility of you visiting other South Asian countries like Nepal?

Shah Rukh said he has done shows in Malaysia and Indonesia before but the production and logistics that is required to put everything together is hard. Most shows in South Asian countries happen outdoors and the weather hinders a lot of the chances. He said he will ‘inshallah’ figure everything out and do a show at some point soon. After he answered the question, I asked him if I could give him flowers. To be absolutely honest, I had no clue how the Press Conference was going to turn out, whether I would even get a chance to speak to him but I bought flowers anyway just to thank him for making us laugh, cry and fall in love many, many times. So when he agreed, I jumped on the opportunity. I put my hand forward to shake his hand but instead he held it and kissed it! (Did that just happen?) Suddenly, my mind went blank. All these years, I watched his films, admired him, went to a few shows and almost got crushed to a pulp at the Chennai Express premiere but never did I imagine meeting him let alone getting a kiss! I could not stop grinning after that.

When the press conference ended, SRK was the only cast member who stayed behind to shake hands and even take a few selfies with his fans! I was so overwhelmed by everything that I still cannot believe it happened. BEST. DAY. EVER.

Happy New Year is releasing on 23 October for overseas audience. 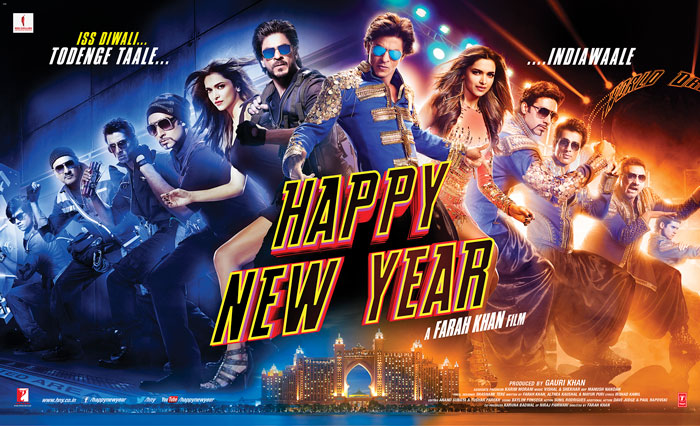 Shraddha’s part starts from around the 10 MIN mark!

Lex Limbuhttps://lexlimbu.com
Lex Limbu is a non-resident Nepali blogger based in the UK. YouTube videos is where he started initially followed by blogging. Join him on Facebook and follow him on Twitter.
Previous articleAamir Khan On a UNICEF Trip to Nepal
Next articleProject P.L.U.R Raveolution on Nov 1st!