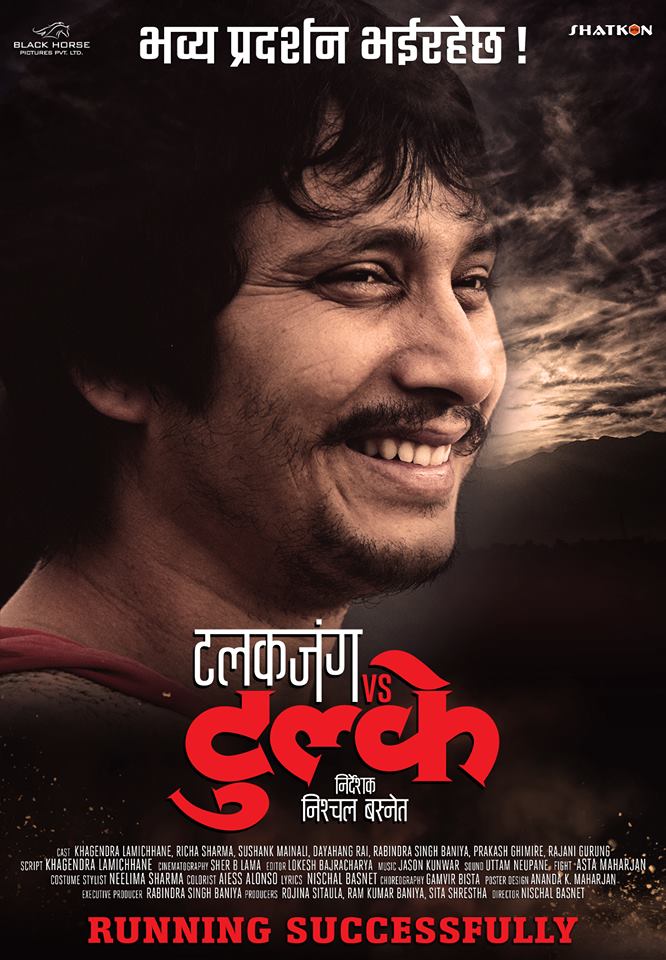 Nischal Basnet’s TALAKJUNG VS TULKE released across cinemas in Kathmandu on Friday and in the two days of screening it has done a business of Nrs 32 Lakhs. The distributors share that the film is doing better in multiplex cinemas as compared to the single-screen cinemas around Kathmandu. The star of Talakjung vs Tulke is undoubtedly Khagendra Lamichhane as he takes the audience on a roller-coaster of emotions.

I watched the film at Kathmandu’s QFX Cinemas on Friday afternoon and was pretty surprised to see a busy screen. Not many Nepali films open up to a good response so I hope this interest and want to see Tulke continues through the week. The other interesting thing about watching the film was how they played the Nepali national anthem in the beginning, of course, we all stood up and by the end of it, I was pretty excited to watch the film. I enjoyed the film because it is a story that we all can relate to, a past that we have experienced and have only recently come out of. The whole team have done wonderful in Tulke but I just wish that Reecha Sharma had more lines… then again, the film is about Tulke! The item song Nachana Maiya fits perfectly! The only thing I’ have to say is, I wish it was just a little shorter…. I say this to most Bollywood/Hollywood films though so yeah… that’s my observation.

I really liked it how they had the poster of Darpanchaya outside the cinema hall shown in the film. It would’ve been very awkward if they had forgotten that detail and kept a poster of a film from the recent past, lol.

Lex Limbuhttps://lexlimbu.com
Lex Limbu is a non-resident Nepali blogger based in the UK. YouTube videos is where he started initially followed by blogging. Join him on Facebook and follow him on Twitter.
Previous articleThis Video Of Nepal is Going VIRAL
Next articleRaveena Tandon in Kathmandu For Jewellery Show!