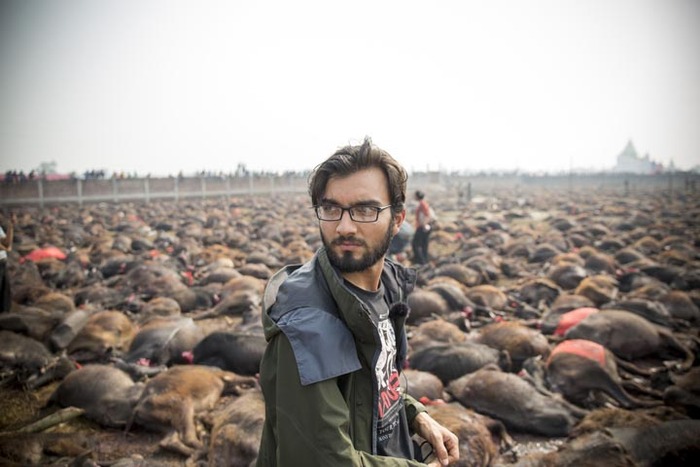 Thanks to a Facebook friend I came to learn about MANOJ GAUTAM very recently and I believe his is a story worth sharing. Manoj is an animal welfare campaigner who has been working tirelessly to change the way humans treat animals. From birds, snakes, elephants to wild cats, Gautam has been working individually and in partnership with organisations to confront Nepal’s illegal wildlife trade and conduct confiscation missions to rescue the animals in need.

He recently gave a public talk in Surrey, UK on January 24 2015 about his work with animals and the human communities that are so closely linked with it all. He’s also the CEO of Jane Goodall Institute in Nepal and the secretariat of the Animal Welfare Network Nepal (AWNN). Gautam was also active on social media and spreading awareness regarding the recent Gadhimai festival – the slaughter of thousands of animals.

The inspiring activist is also featured in the documentary WE ARE IN THE FIELD by Gabriel Diamond. Diamond is working on a new documentary film with Manoj Gautam and Jane Goodall – you can find more information about that and see some wonderful video clips HERE!
http://vimeo.com/28382052