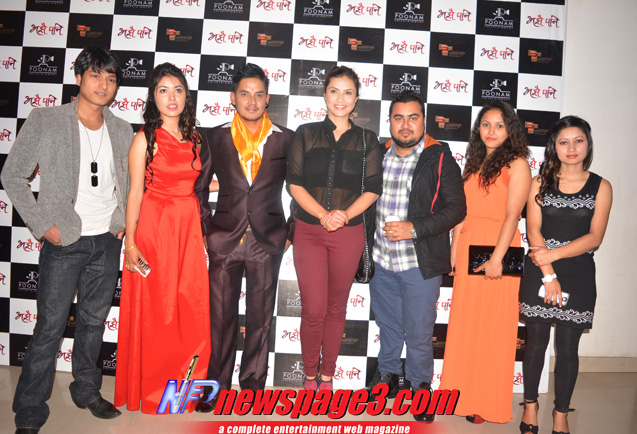 The premiere for Alok Nembang’s new film AJHAI PANI took place at BIG MOVIES in Kathmandu on Tuesday evening. Apart from his close family, the premiere saw many from the Nepali film fraternity in attendance including Nisha Adhikari, Priyanka Karki, Namrata Shrestha, Bhuwan KC and more. The love story has been produced by director Sudarshan Thapa and Poonam Gautam. AJHAI PANI stars Sudarshan Thapa, Pooja Sharma, Mithila Sharma, Bijay Lama and more. The film will release in Nepal on Friday 27th of February.

Alok made his Nepali film debut with Sano Sansar back in 2008 and followed it up with Kohi… Mero. The director has made over 300 music videos till date.

Lex Limbuhttps://lexlimbu.com
Lex Limbu is a non-resident Nepali blogger based in the UK. YouTube videos is where he started initially followed by blogging. Join him on Facebook and follow him on Twitter.
Previous articleSupport For Sangita Magar
Next articleMala Limbu For Gurkha Jewellers UK