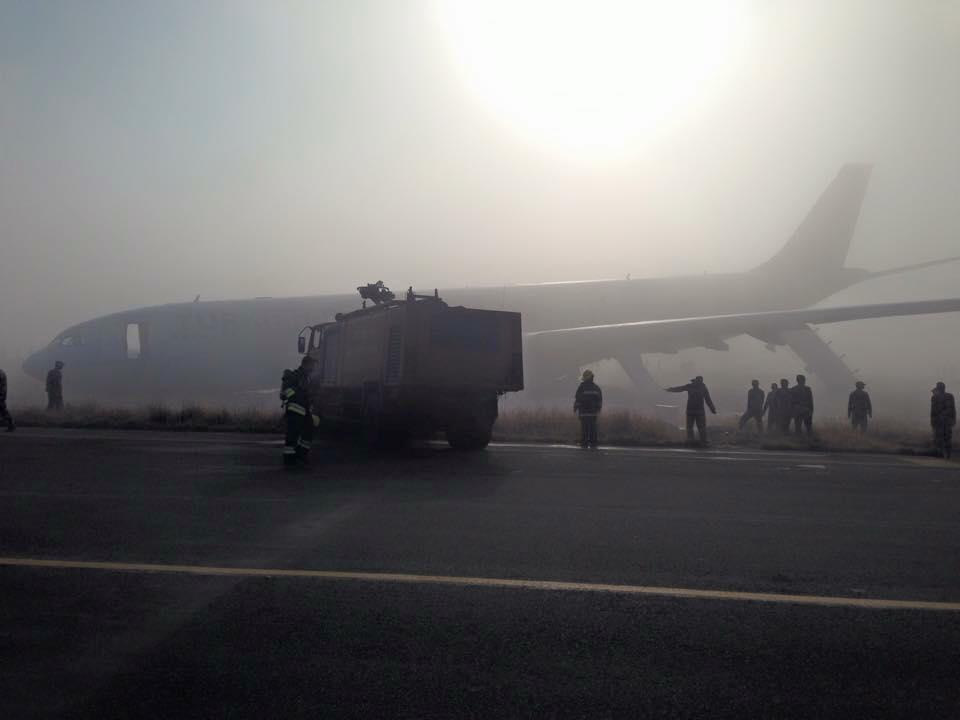 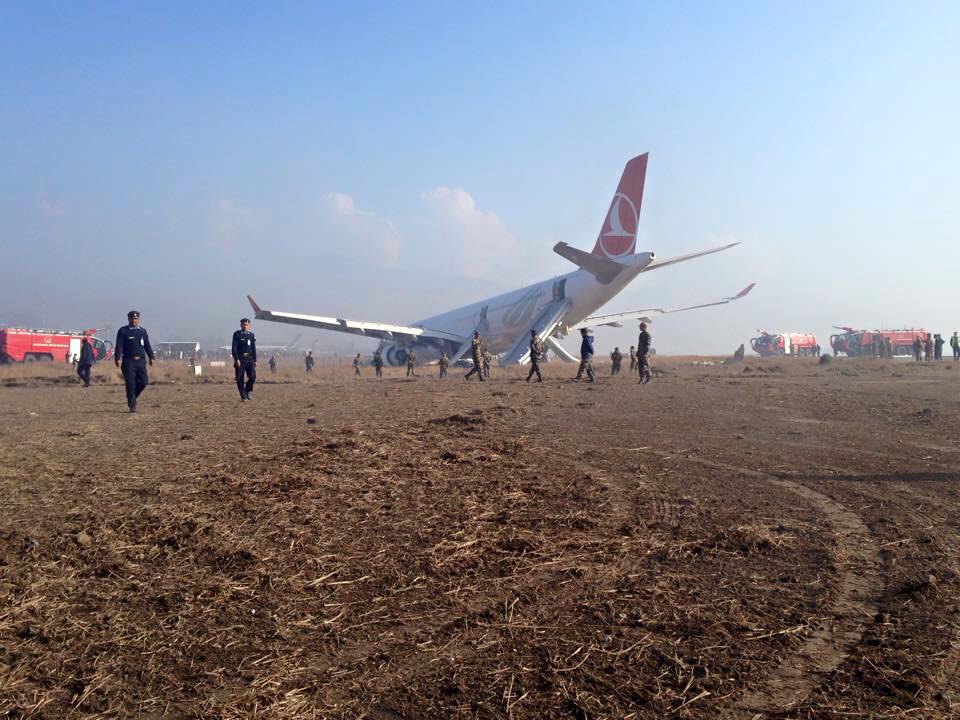 Some dramatic images of Turkish Airlines have surfaced online! Flight TK726 skidded off the runway at Tribhuvan International Airport this morning due to “low visibility”. Thankfully, nobody is believed to be badly hurt or injured. The Airbus A330-303 aircraft which flew from Istanbul, Turkey damaged the nose of the aircraft.

An account from a fellow passenger on OnlineKhabar shared that the aircraft crash landed due to the failure of the landing gear (Read it here).

The passengers and crew were rescued through the emergency door of the aircraft. Well done to the TIA emergency team for handling the situation.