Memoirs of a Geisha actress MICHELLE YEOH arrived in Kathmandu on Thursday to attend the International Automobile Federation (FIA) Asia Pacific Sports Regional Congress. The actress who starred in the 1997 James Bond film ‘Tomorrow Never Dies’ is the guest of honor at the congress. Yeoh will be meeting Nepalese authorities and leaders during her three-day visit to Nepal. The actress is accompanied by her fiance Jean Todt, FIA President. Michelle also met 92 year old Dhan Bahadur Gole, one of the last known surviving car porters of Nepal. 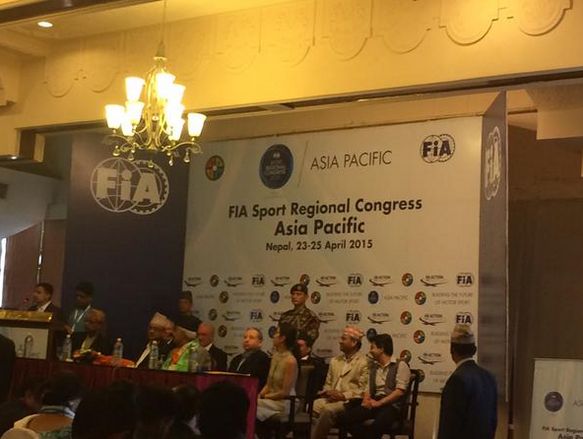