AN EVENING FOR GORKHA TONIGHT! 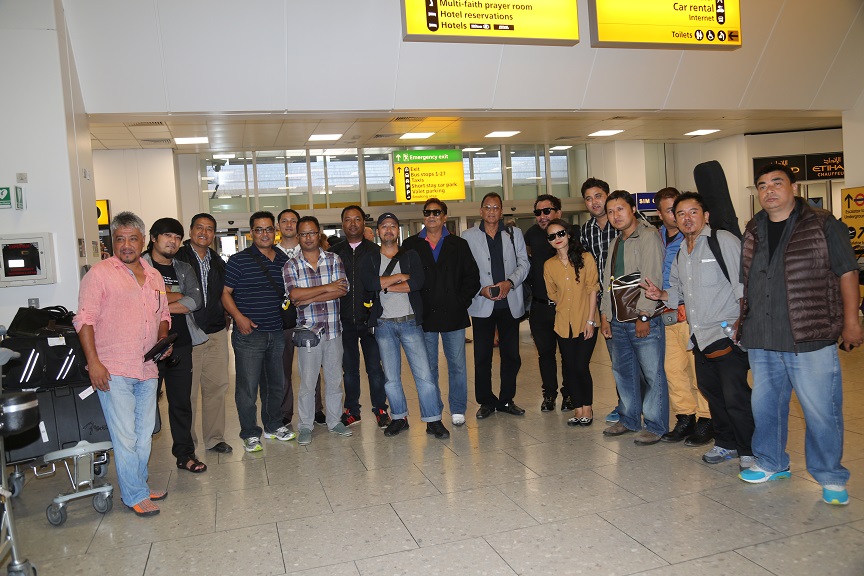 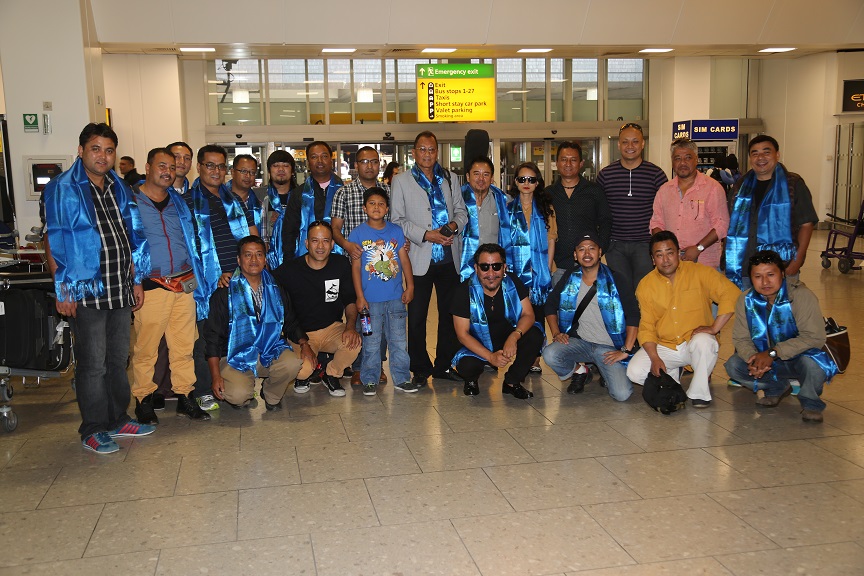 Today is another big day for Nepalese events in the UK as the Royal Albert Hall will host the first ever Nepalese event. AN EVENING FOR GORKHA by Help Nepal Network is a grand fundraiser featuring veteran and young Nepali musicians. The ecstatic team from Nepal arrived in London on Saturday afternoon for the majestic evening of fine music set to start from 6PM onwards at the famed Royal Albert Hall. Sharing a few words with Radio Rhino, veteran singer Deep Shrestha described the journey to Royal Albert Hall as a “musical pilgrimage”. Likewise, popular singer Trishna Gurung is also ready to belt out her well-known hits for the audiences who will be travelling from near and far to witness the musical extravaganza!

Tickets for the event can be purchased online directly from the Royal Albert Hall website, by calling 02075898218 or directly at the box office at the Royal Albert Hall. The team of musicians were received by Help Nepal Network and Radio Rhino representatives. The evening is a fundraiser for Gorkha district, the epicenter of the April 25 Nepal earthquake.

The Nepali National Cricket Team will also be attending the event as confirmed by a member of Help Nepal Network. 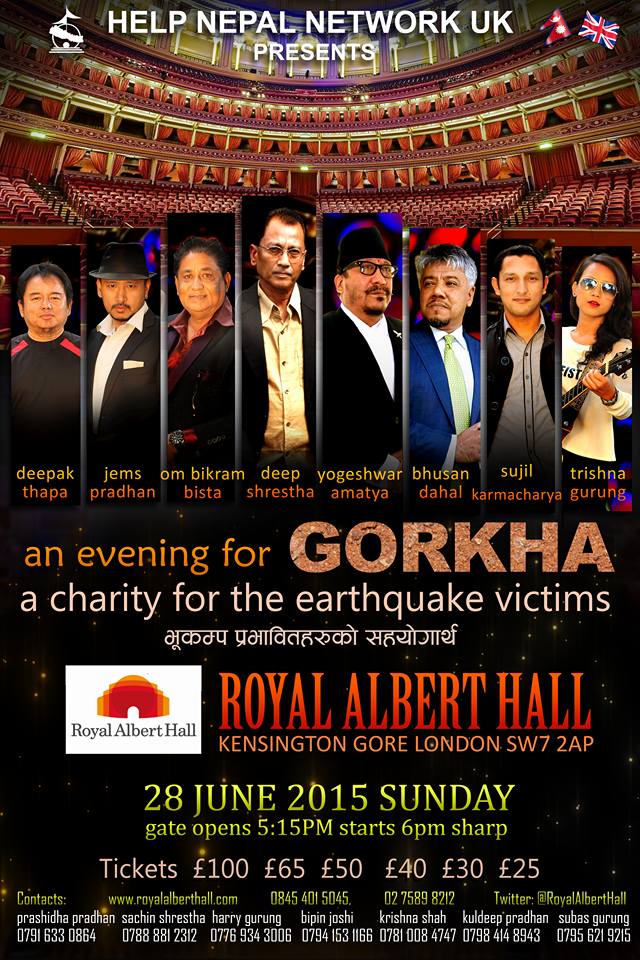 Lex Limbuhttps://lexlimbu.com
Lex Limbu is a non-resident Nepali blogger based in the UK. YouTube videos is where he started initially followed by blogging. Join him on Facebook and follow him on Twitter.
Previous articleRangeen Mela With Mukti and Revival – PHOTOS
Next article“Put A Ring On It” America! #EQUALITY