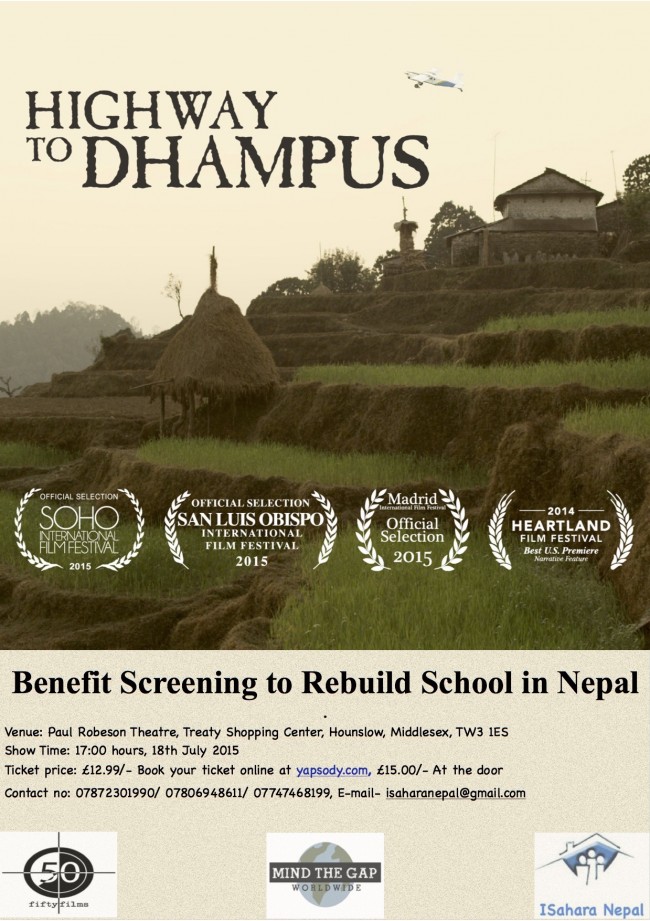 A special fundraiser screening of HIGHWAY TO DHAMPUS will be held on July 18 at the Paul Robeson Theatre in Hounslow. The film which stars Nepalese and non-Nepalese actors has been showcased at the Heartland Film Festival 2014, SOHO International Film Festival this year and will soon travel to Madrid International Film Festival. The fundraiser screening will be supporting the rebuilding efforts of Narayan Madhyamik Bidhyalaya in Chhatre-Deurali, Dhading. The Hounslow screening is being managed by I Sahara Nepal.

Judging by the trailer and reviews by people – the film definitely looks like it’s worth a watch!