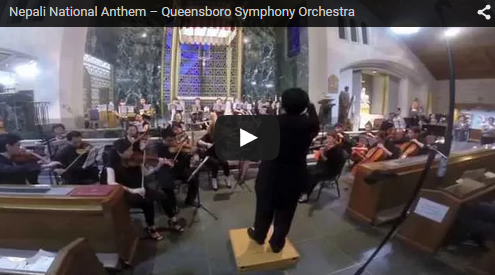 File this under #EARGASM! This video of the Queensboro Symphony Orchestra performing the Nepali national anthem ‘Sayaun Thunga Phoolka’ sounds absolutely beautiful! I am loving the dramatic build-up as well as the soothing parts of the performance. The group performed this at the NY Concert for Nepal on 5-31-15 at Mary’s Nativity Church, New York.