Here’s a special report by Kishor Panthi, editor in chief of Khasokhas Weekly, New York based weekly newspaper and the first accredited Nepali journalist by US Department of State.

Detained Dream in US Detention

111 Nepalese in 29 US Detention Centers

Dozens of Nepalese illegally cross the U.S. border almost every day, spending more than 50 thousand U.S. dollars. Most of them seek asylum in the USA. According to latest annual report of DHS, Nepal is the third top country of nationality for defensive asylum. The number of Nepalese trying to illegally cross U.S. border has spiked up in years.

Trying to cross the border, some of the Nepalese are caught by U.S. Customs and Border Protection (CBP) Border Patrol Agents. And from there begins their journey of detention centers. Of these some are released within months and some get deported. The ones who get released are forced to work up to 12 to 14 hours every day to pay their debts off back home. The ones who get deported see their dreams crash down.

Up until the second week of July, most of the Nepalese in jail are still looking forward to their American dream. In the USA, Immigration and Custom Enforcement (ICE) has 82 detention facilities. Of those 82, 29 hold Nepalese detainees, who wonder how long they have to be in detention. California to Texas to New York, Nepalese are detained with their dreams. 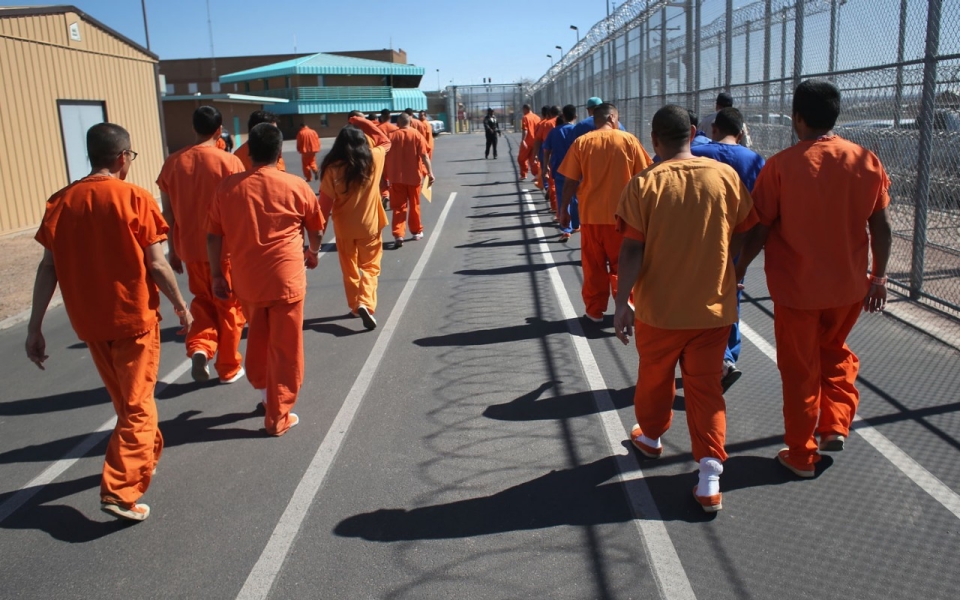 By second week of July there were 111 Nepalese in those detention centers. Although thousands of Nepalese are rumored to be in jail, from the field investigation and report from ICE, those rumors can be clearly dismissed. Picard says that he has never heard of such rumor and he suggests not to trust on those exaggerated numbers.

19 of the Nepalese are placed in 6 different detention centers across Texas. According to Port Isabel Detention Center, there used to be 3 to 4 new Nepalese detainees every day being brought to this facility. But since most of them were transferred to other correctional facilities and some get released after paying bond, hence comparably the number of inmates is low. After the earthquake in Nepal only few of the Nepalese are caught.

This is the mandatory process for ICE to deport the criminal convicts. 3 of those detainees were in Virginia’s jail till mid-June. 2 of them have been already deported in July, so now only 1 Nepalese detainee remains in Virginia Jail.

Similarly under criminal charges; 2 are in California’s jail, 1 is in Arizona’s Alloy Federal contract facility, 1 on Atlanta’s jail, 1 in Batavia, New York’s jail, and 1 in Huston, Texas’s jail.

According to New York based attorney at law Bashu Phulara, Nepalese detainees have started applying for TPS with hope of getting released from detention centers. Some of the Nepalese detainees have been affected by the earthquake that struck Nepal on April. They have lost their loved one and residence. A Nepalese detainee in Port Isabel Detention center, Mr. Adhikary said, “I spent more than 40 thousand dollars to get here. I am here since 7 months. Hopefully because of TPS, I might be released early. Then I can work and pay off my debt. We still have the American dream.”

Attorney at Law Bashu Phulara Said, “We have applied for TPS on behalf of many Nepalese detainees. We have been visiting them into detention centers. We strongly believe they can be released soon, and they still can achieve their hopes of American Dream.’

Lex Limbuhttps://lexlimbu.com
Lex Limbu is a non-resident Nepali blogger based in the UK. YouTube videos is where he started initially followed by blogging. Join him on Facebook and follow him on Twitter.
Previous articleNepali Boys At Imagine Cup World Championship
Next articleGold and Bronze Medal For Nepal – SPECIAL OLYMPICS 2015