Abhaya and The Steam Injuns Performing in UK! 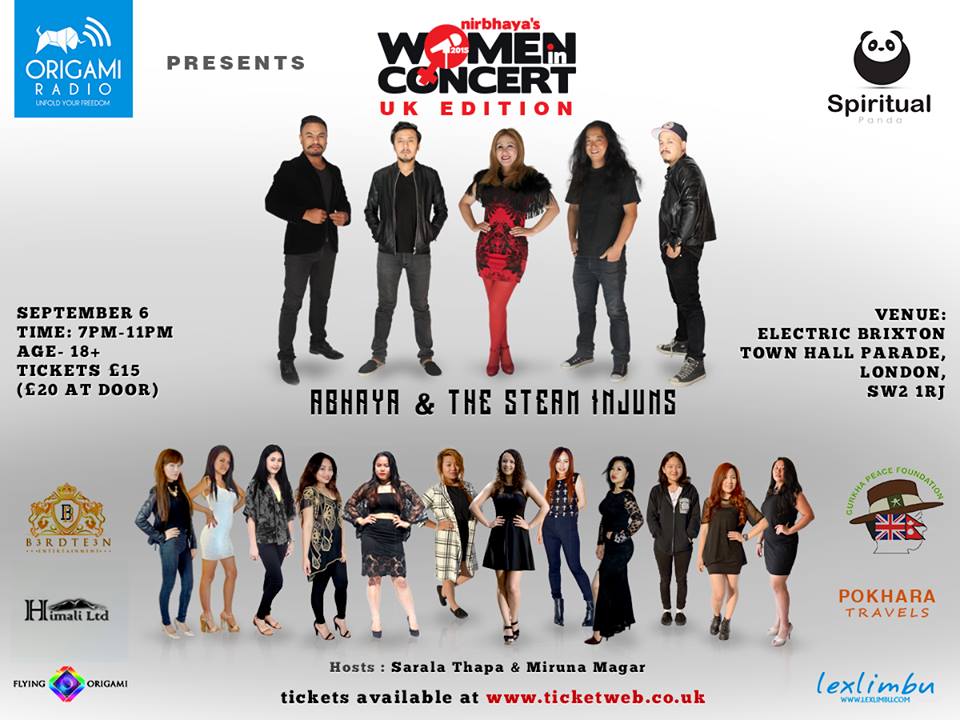 Abhaya and The Steam Injuns will be performing live in London on September 6 as part of the first ever WOMEN IN CONCERT UK Edition. Women in Concert is a charity concert from Nepal and the UK event has been brought over by Origami Radio. Known for their hits Sakdina, Sapana ra Kartabya and Timro Lagi, Abhaya and The Steam Injuns will be performing in the UK for the very first time. If there’s anyone who knows how to put on a good show then it’s definitely Abhaya Subba. The lead vocalist is an amazing performer and quite the rocker! The band were also invited to perform for a migme event in Singapore earlier in 2015.

September 6 is the date and the musical extravaganza will kick off from 7PM-11PM at the Electric Brixton in London. This event is endorsed by UNICEF Nepal, Swiss Embassy for Nepal and Gurkha Peace Foundation UK.

Lex Limbuhttps://lexlimbu.com
Lex Limbu is a non-resident Nepali blogger based in the UK. YouTube videos is where he started initially followed by blogging. Join him on Facebook and follow him on Twitter.
Previous articlePriyanka Karki’s Interview With Rishi Dhamala – VIDEO
Next articleLady Gaga Buys Alexander McQueen Armadillo Boots For Nepal Fundraiser!