Actress Priyanka Karki appeared on Rishi Dhamala’s DHAMALA KO HAMALA chat-show on Himalaya TV and let’s just say, the old man was back to his annoying old tricks! I understand that asking about personal life and personal views always makes good TV but when you are assuming rather than putting a question forward it certainly does no one a favour.

Rishi Dhamala has a huge reach and a lot of people watch him. I hope that people watch him with an open mind and not take his style of questioning and thoughts that he expresses on the TV show with them after the TV show finishes. The last thing we need is for men to think “Oh yes, Rishi Dhamala did say that once women are married, they should listen to men more” and women to believe that they should always live under their husbands control. Likewise – women wearing dresses and skirts are completely fine – just like how men wear suits and shorts.

A bit of tongue-in-cheek convo is fun but not when there’s too much of it. It’s very condescending when Rishi Dhamala asks if there was any involvement of any businessman during her recent car-purchase that created quite a stir in the online media world. He continued asking her even when she had stated that her father had also helped financially in purchasing the car. Dhamala really needs to understand what his questions can imply. He may very well easily ask future interviewees if they slept with a director/producer to get the movie role.

Ugh! Filth. DO tell me what you make of it? 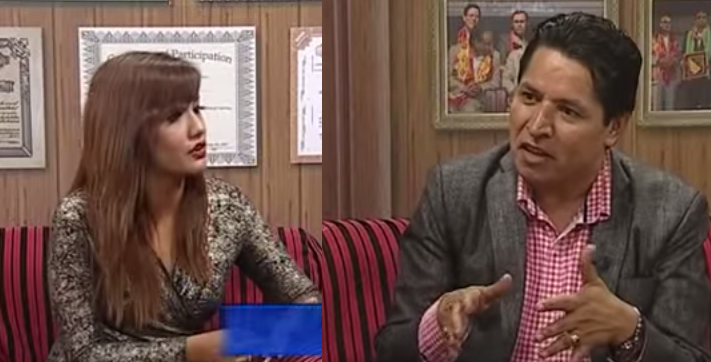 Lex Limbuhttps://lexlimbu.com
Lex Limbu is a non-resident Nepali blogger based in the UK. YouTube videos is where he started initially followed by blogging. Join him on Facebook and follow him on Twitter.
Previous articleMaya Garchhu Timilai By VJ MUSIC (VIDEO)
Next articleAbhaya and The Steam Injuns Performing in UK!