Joss Stone To Perform in Kathmandu 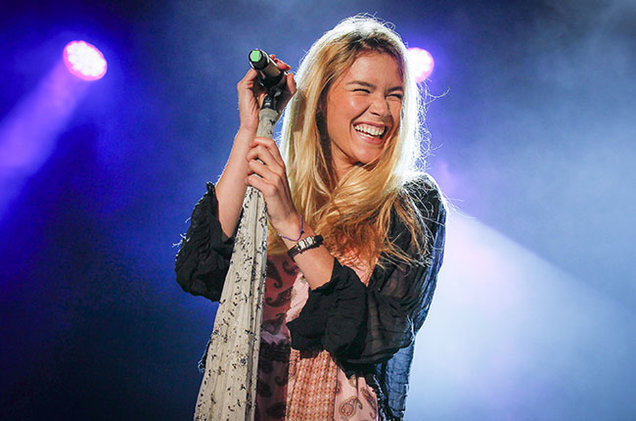 The Super Duper Love singer JOSS STONE will be performing in Kathmandu on the 18th of February as part of her TOTAL WORLD TOUR. The English singer and songwriter who is well known for her hits such as ‘You Had Me’ and ‘Right to be wrong’ will be performing live with her band at the Hyatt Regency Ballroom. Joss aims to perform live at every country in the planet as part of the TOTAL WORLD TOUR. So far she has visited many parts of the world already and managed to take out time to visit and also support various initiatives/local organisations.

Tickets for the JOSS STONE in Kathmandu event will be on sale from Thursday, February 4 at MOKSH (Pulchowk), House of Music (Thamel), Jazz Upstairs (Lazimpat), Hyatt Regency (Bouddha) and the Sound Factory (Bhanimandap). The tickets are priced at NRS 4990 and it will also include dinner (find the event on Facebook).

Sounds pricey but with a performer like Joss Stone, it’s an event well worth it! She certainly has a beautiful, soulful voice.

Lex Limbuhttps://lexlimbu.com
Lex Limbu is a non-resident Nepali blogger based in the UK. YouTube videos is where he started initially followed by blogging. Join him on Facebook and follow him on Twitter.
Previous articleYeti Airlines and Tara Air Achieve IATA International Safety Standards
Next articlePari Covers ZAYN MALIK’s Pillowtalk