One of the most talked about Miss Nepal, the first to represent Nepal at Miss World at the age of 16, a film actress who was more well-known for her music videos and her controversial performance in the Bollywood song ‘Katra Katra’, Jharana Bajracharya became a mother on the morning of Saturday April 9, 2016 to Ishaan at a hospital in Kuala Lumpur in Malaysia. Jharana has been living in Malaysia since her marriage to Rahul Agrawal.

She has already shared a photo of her on Instagram and the new mother looks very radiant, happy and healthy! Wishing Jharana, Rahul and Ishaan all the best health. 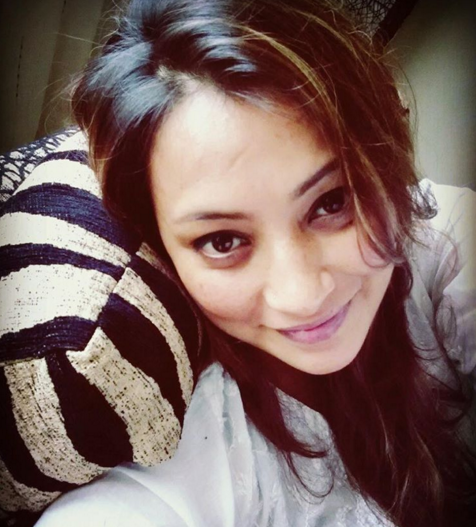 Lex Limbuhttps://lexlimbu.com
Lex Limbu is a non-resident Nepali blogger based in the UK. YouTube videos is where he started initially followed by blogging. Join him on Facebook and follow him on Twitter.
Previous articleTRAILER : GAJALU Starring Anmol KC and Shristi Shrestha
Next articleThrowback Thursday – MUSIC