Since being crowned the Miss Nepal in 2012, Shristi Shrestha has had quite a ride to where she is now. Even before her Miss Nepal stint, Shristi who was based in London was already familiar with the world of fashion as she had appeared in many fashion shoots and even a non-Nepali music video. Her title as a Miss Nepal gave the Narayanghat born a bigger platform; a world stage where she became one of the more successful Miss Nepal contestants at Miss World with a placement in the TOP 20 for Miss World and Top 10 for Beach Beauty.

Fast forward to 2016, Shristi has plenty of modelling experiences in UK, Nepal and India under her belt, an Indian music video, couple of Nepali music videos, training from a renowned theatre school in Kathmandu and the role of Ophelia in HAMLET (in Nepali) and Sujata Shakya in the upcoming film GAJALU.

Miss Shrestha is back in the UK for HAMLET which will be playing at the Southbank Centre on May 27 and 28 and the world premiere of her debut film GAJALU in Aldershot on May 29.

I managed to have a quick chat Shristi about HAMLET and GAJALU; enjoy the read.

LEX: So getting straight to the point, I only have a few questions to ask mainly because I feel that you have spoken about GAJALU with the press a lot in the past few weeks. How easy or difficult was it for you as a new actor to deliver the emotional scenes in GAJALU?

SHRISTI: The first week of filming was actually all the emotional scenes which consisted a lot of familial conflict, personal journey of the character that I play, Sujata Shakya so it was pretty surreal and at times challenging to be doing that continuously. Sometimes it did get to me and I would carry those feelings and emotions home and that did put me in a gloomy mood.

Thankfully, my training from my acting classes really supported during such scenes and even more was through personal reflection from my life. The journey to bring real emotions to the reel screen was a profound one.

There were similarities between Sujata and my past as I felt I could draw from my past experiences especially when I was new in the UK and I lacked self-esteem and confidence. I was a shy teenager who had faced bullying in Nepal and to come and fit into the UK was daunting and at times made me very nervous. Some of my own experiences were very similar to that of Sujata’s in GAJALU.

LEX: The Nepali production of HAMLET has grabbed the attention of many for all the right reasons. With so much praise and good things being said, how does it feel to be part of such a production and to be part of theatre in Nepal?

SHRISTI: I have been very fortunate to be able to play the character of Ophelia and be part of the whole production. From our first show at the Bhaktapur Durbar Square to our recent run at the Theatre Village, it has been a beautiful experience shared with very gifted veterans from theatre in Nepal. I cannot be more grateful to be playing Ophelia and working alongside such wonderful welcoming and supportive team members. The HAMLET teams support has not only made the character come to life but also helped me in developing myself to really get into the skin of Ophelia and become a better actor.

Theatre is a complete different experience to films. It is a very intimate and powerful way to connect to the audience and communicate the story. With the people involved in theatre, a lot of their actions is carried forward purely by passion and soul hence the journey and the whole process can be very spiritual and beautiful.

LEX: With you being back in the UK for Hamlet and Gajalu, this is almost like a mini-homecoming. How does it feel to be permanently based in Nepal, do you miss the UK a lot when you’re living in Kathmandu?

SHRISTI: Definitely! I miss my family a lot and home is definitely where the family is. Though I owe a huge part of me and my personality to my upbringing in Chitwan and Dang, I also owe a lot to my years that I spent in the UK. If I hadn’t lived in the UK, I probably wouldn’t have so much desire to do something for Nepal or have Nepal always on my mind… maybe it’s because of growing up abroad I spent more time on thinking about Nepal and visiting whenever during my holidays.

From early on, I have varied and fond memories of growing up in a small village in Gorkha and the small town of Lamahi to moving to bigger towns and eventually back to Narayanghat. From studying in public government schools to moving to boarding schools and then coming to the UK, life has already been quite a journey. I chose to return and be based in Nepal, it is where I see myself for now and I am content with all that has been happening lately.

LEX: Even before Miss Nepal, you’ve had quite a following and now after Miss Nepal and your work in fashion, videos and films; there’s an even larger collective of people who know Shristi Shrestha. Unsurprisingly, there are also many people who invest time in writing negative things about ‘Shristi Shrestha’. Do you have anything to say about that or how do you react to such negativity?

SHRISTI: Honestly, I feel like I have developed a barrier against such comments and it really doesn’t phase me. It’s so normal to me now that there’s no shock value there.

It also does show how sexist society is as women continue to be targeted and subjected to such unnecessary name-calling. You really do not see that level of distasteful comments on male actors. Social media at times gives people a sense of power where they feel they can write anything such as calling somebody a ‘whore’ but they would never dare to say such a thing to the persons face.

I can only hope we as people respect each other, each other’s struggles, stories and differences. 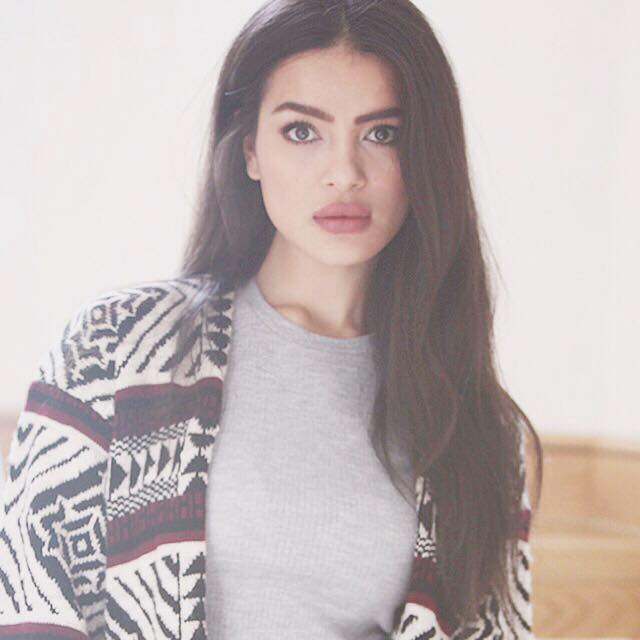 LEX: On a lighter note! Let’s talk films. Tell us about a film that you recently watched and a film that you would have liked to be part of, your ideal role and who you would pick to star in a chick-flick with?

SHRISTI: Well the most recent film that I saw was Dying Candle. Kathaa is a film that I would have liked to be part of. The character played by Usha Rajak in the film is one I would’ve liked to play. In some ways, similar to that… my ideal role would be something character heavy yet adventurous… a survival story based on a homegrown story would be a good challenge. I’d be up for that.

For a chick flick! I think it would have to be Priyanka didi because she’s very lively and exudes a very youthful personality. Likewise, I enjoy Keki didi’s work too. In the films that I’ve watched I’ve seen that she’s an actor who gives a lot of attention to detail. It would be equally enjoyable to be in a chick-flick with her.

Catch the UK first, screening of GAJALU on Sunday May 29th at the EMPIRE in Aldershot. 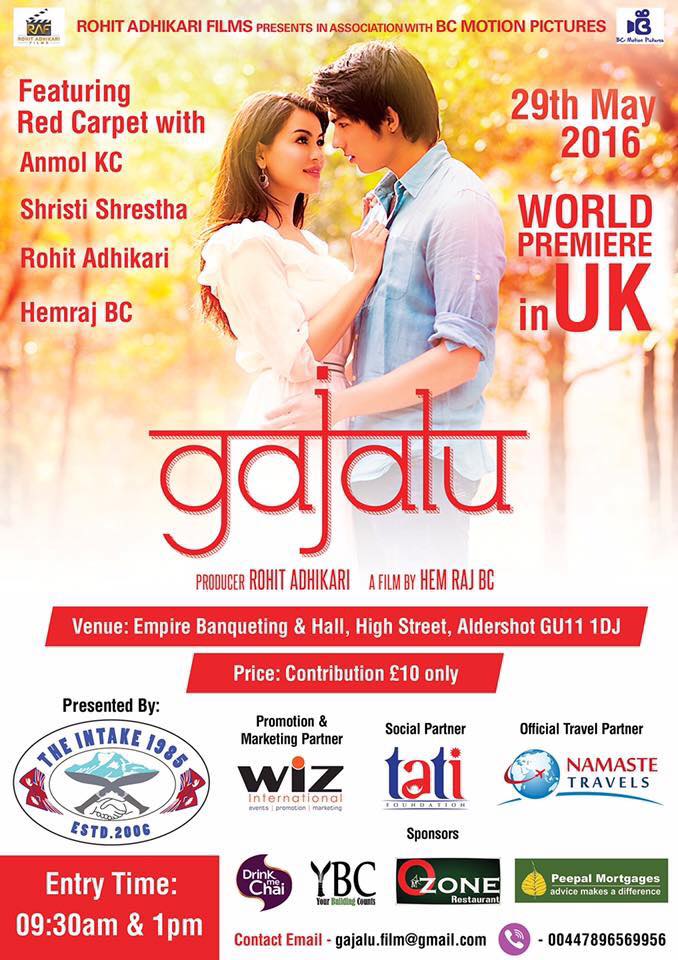 Lex Limbuhttps://lexlimbu.com
Lex Limbu is a non-resident Nepali blogger based in the UK. YouTube videos is where he started initially followed by blogging. Join him on Facebook and follow him on Twitter.
Previous articleAyushman’s Beautiful Cover of BASANTA (JPT ROCKERZ)
Next articleBipul Chettri’s First Music Video Is Finally Here!!