JUNGE To Be Screened In UK!

GAIDA Entertainment UK will be screening the recently released film JUNGE at the Safari Cinema in Harrow on 28th of May and 5th of June at the Empire Hall in Aldershot. The film which stars Suraj Singh Thakuri in the lead is a modern adaptation of the life of Nepal’s former prime minister Jung Bahadur Rana. Parts of the historic political drama has been filmed in Birgunj, a city along the Nepal-India border.

The plot of the film as written on its Facebook page reads:

Junge is a modern day adaptation of the life of Junga Bahadur Rana, the first Rana Prime minister of Nepal, who laid down the foundation of the two hundred years old Rana Regime. It’s a political thriller based on Historical events set around the Nepal-India Borders. It’s a story of Courage, Ambition and Determination. Many a war has been fought in the past for power and supremacy and some still goes on; Junge is a story of one such war. 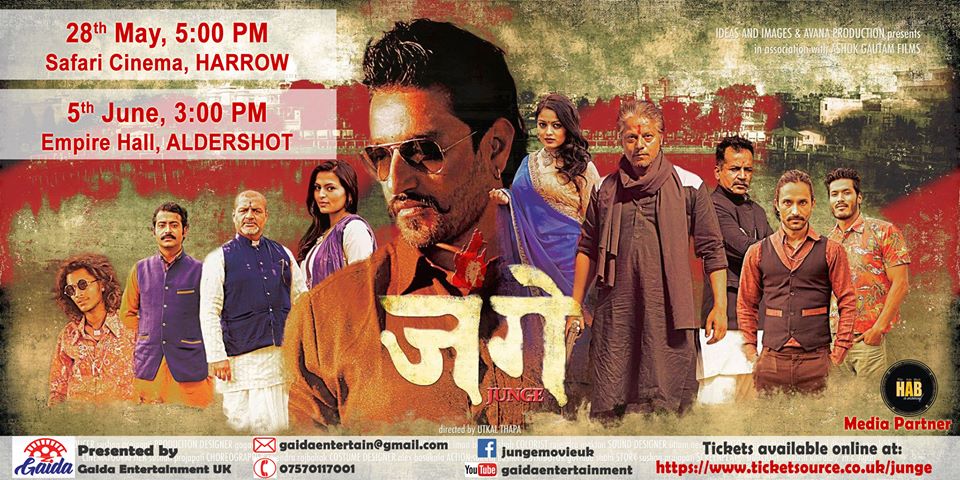 Lex Limbuhttps://lexlimbu.com
Lex Limbu is a non-resident Nepali blogger based in the UK. YouTube videos is where he started initially followed by blogging. Join him on Facebook and follow him on Twitter.
Previous articleBipul Chettri’s First Music Video Is Finally Here!!
Next articleICT Apprenticeship For Young People In The UK!