One Week Left Till KALO POTHI!

The director spoke about Kalo Pothi at a press event earlier in May sharing “I’m trying to tell a story of Karnali where I grew up during the Maoist insurgency and the experiences we were subjected to as normal people during that period. I support neither the Maoists nor the State. I don’t like war.”

Kalo Pothi was filmed in Mugu and is in the Khas language. The two child actors underwent a four-month long training to prepare them for the film.

Kalo Pothi has done incredible in the festival circuit with screenings in over 20 international film festivals and receiving amazing feedback. The film is said to have been made with a budget of NRS 3 crores. The film stars Khadka Raj Nepali, Sukra Raj Rokaya, Jit Bahadur Malla, Hansha Khadka, Benisha Hamal, Nanda Prashad Khatri, Bipin Karki, and Pravin Khatiwada.

The trailer and the song give off a spectacular impression and I am eagerly waiting to see how the film will be received by the home audience. The film team are currently busy with promotions in various colleges and schools in Kathmandu. It would be lovely for Min Bahadur to take the film to Mugu and screen it there as well (maybe he has planned for it already). I hope to see it someday in the future. Looking forward to it.

SYNOPSIS:
Year 2001, a temporary ceasefire brings much-needed break to a small war-torn village in Northern Nepal, bringing much joy among the residents. PRAKASH and KIRAN, two young close friends, are also starting to feel the change in the air. Though they are divided by caste and social creed, they remain inseparable, and start raising a hen gifted by Prakash’s sister, with hopes to save money by selling her eggs. However, the hen goes missing. To find it, they embark on a journey, innocently unaware of the tyranny brought by the fragile ceasefire. 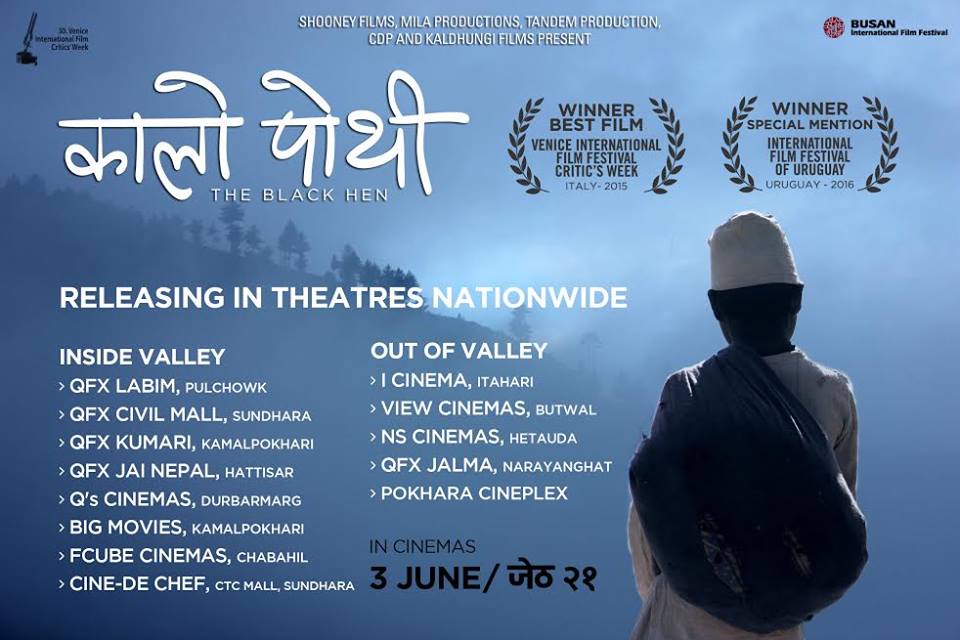