Model Varsha Thapa Writes About Her Days Of Struggle

At a time when it’s normal for celebrities and non-celebrities to share atleast one photo a day and update friends, followers and everyone else about what they’re eating, where they are and how they are feeling, New York based model Varsha Thapa comes across a little different. There are times when I wonder where on earth Varsha Thapa is. Thankfully, I recently discovered that Varsha has several blog entries on her personal website.

The entries are very honest and I believe come from the inner world of Varsha! Way better than selfies. Yay. Her most recent post ‘Peel the Orange’ posted on April 30 talks about the challenging beginning in New York when she arrived with just $1000 USD in her pocket. With a $100 per week allowance that barely lasted two days, the model shared that the beginning was far from what it is now.

Her reflective posts give an insight into the world of a hard-working Nepali girl with a dream to make it big in what I can only imagine to be a competitive industry in one of the fastest moving cities in the world. From being bullied and called a bamboo for being too tall, Varsha seems to have found her inner-self and inner-peace now. The four posts so far end on a positive note.

I hope she continues writing more posts on her site and doing well and being involved in things that make her happy! 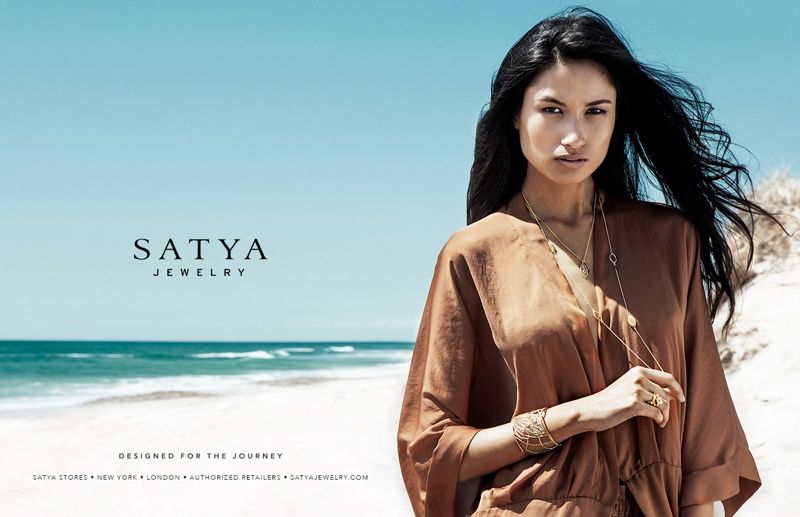 It’s amazing what time can bring to your life! In 2011, I came to New York after receiving my big three year contract with Wilhelmina models. Boy, was I thrilled when I landed in NewYork city, the fashion capital, to work as an international from Nepal. Freshly off the boat from home, I was a girl with desires to make it big in the modeling world! Yet, it is safe to say, I was too young to even realize what I wanted out of life. All I knew was that I wanted to have a very successful career as a model, make my own living, be famous and live the “celebrity” life just like Miranda Kerr whom I followed religiously! And yes, I am brutally honest about being materialistic because who wouldn’t be, if they were in my position.
Well, it wasn’t an easy start. Forget the cake that I’d dreamt of, there wasn’t even a cherry! I started out with some test shoot pictures in my book and ran around the city with it, going from one casting to another only to be crushed with rejections. Everyday was pretty much the same. I’d wake up, get dressed in the best possible outfit and sometimes it would seem as though the casting director took a notice of me, after having laughed on a little joke I’d made or seeing how great I’d looked or even knowing the fact that I was from Nepal but after weeks of patiently waiting, there were no signs of a call back. I’d come to New York with only 1000 $ in my pocket and that was running out because I hadn’t booked any jobs for months. My modeling agency would lend me an allowance of only 100$ per week which didn’t make up for even two days of expenses that New York held me accountable for. Aside from the allowance, I had a mountain of debt that I had to pay to the agency, for the model house I was staying in! I felt completely hopeless.

Having been in so much pain and sorrow over my failed start I began beating myself up over every little thing. But then one day right after one of my meditation sessions, a beautiful thought crossed my mind! I realized that I’d been putting all of my energy into the wrong things! Yes, I wasn’t the most successful model in the industry neither was I a Victoria’s Secret Angel like Miranda Kerr. I was far from living the celebrity life and most of all, I was broke! Thankfully all of that struggle was a blessing in disguise! I realized I was chasing a completely wrong goal.That night I sat down and redefined my goals. I bought a cardboard, cut out some pictures to create a vision board. And this time I pasted pictures of my happiness! They were of my mother, my dogs, my friends, and nature. I wrote about how I wanted to open rescue centers for stray dogs of Nepal, and other countries that don’t have rescue centers for dogs. I recently added “saving 10% of my earnings towards the victims affected during Nepal Earthquake” to that list.  I had started putting all my energy into the positive arenas of my life and more importantly into issues that are more meaningful and needs immediate attention rather than which outfit would make me look cool enough to book the job or whether a casting director liked me or not. I’d made a shift from vibrating in a lower frequency to a higher frequency. And not too long after that my career took a positive turn! I had made my successful debut at the New York fashion week walking for talented designers like Prabal Gurung, Phillip Lim, Diane Von Furstenberg and Vivienne Westwood Gold Label in Paris fashion week which followed with great advertising campaigns. I wont lie, I was very happy and grateful to finally, have a win but at the same time it wasn’t my ultimate goal! After going through so much in life I knew my biggest goal in life was to be happy.

Today I’m eternally grateful to the darkest times. I finally know what I want from life. So what does success really mean to you? We live in a society that has taken the initiative to define everything that means or could possibly mean something to us! It has painted a picture of what success looks like and what failure looks like. What’s beautiful, or what’s ugly. What is acceptable and what is unacceptable. Do you really think the society knows the kind of person you are to define what makes you happy? I laugh at how ridiculous the society can get sometimes. So sit down and have a chat with yourself, get to know the real you, behind all the social conditionings! I can swear, that you won’t all, want that big house or the luxurious car or the diamond jewelries. Do yourself a favor and listen to that little voice coming from inside you while making decisions! That little voice is called intuition. It is an inner guidance system and everyone has it. And the more you trust it and follow its guidance, the stronger it gets! I followed my intuitions and I have since, been much happier and relaxed in life. Be in tune with your inner self because it’ll guide you through life!

So go on, find your happiness. Peel the Orange.

Lex Limbuhttps://lexlimbu.com
Lex Limbu is a non-resident Nepali blogger based in the UK. YouTube videos is where he started initially followed by blogging. Join him on Facebook and follow him on Twitter.
Previous articleWas Shirish Kunder’s Short-Film KRITI Copied From Aneel Neupane’s BOB?
Next articleKalo Pothi Screenings in London!