The event at Melrose Ball Room is also supporting Prabal Gurung’s Shikshya Foundation Nepal with 20% of the proceeds going towards Gurung’s foundation which supports education for young Nepali children. Since the earthquake in April 2015, the foundation has also played a vital role in earthquake relief and reconstruction efforts. 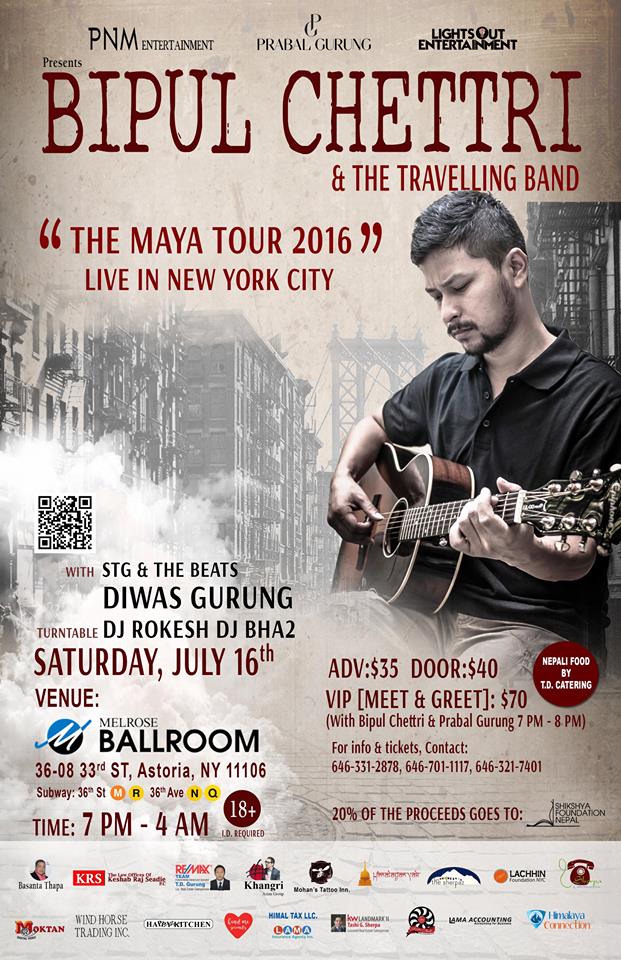 The exclusive VIP tickets priced at $70 will give you a MEET AND GREET with Bipul Chettri and Prabal Gurung! That is such an amazing deal! To be able to meet two amazing artists up-close and personal, get to enjoy Bipul Chettri’s music as well as Diwas Gurung’s and support Shikshya Foundation Nepal – I would definitely be getting that M&G ticket! I remember listening to Prabal on RVL Radio few years ago and he spoke about how he loved Bipul Chettri’s Wildfire… and now he’ll be hearing him live!

Everyone’s a fan of Mr Chettri. Exciting time. Make sure you save the date.

If you’re out of the scene then you’ll be delighted to know that Bipul Chettri’ has been releasing new songs from his latest album MAYA through Honda Nepal! Get yourself logged on to the Honda Nepal site to get your free downloads. Great tie-up I must say!

Lex Limbuhttps://lexlimbu.com
Lex Limbu is a non-resident Nepali blogger based in the UK. YouTube videos is where he started initially followed by blogging. Join him on Facebook and follow him on Twitter.
Previous articleGautam Haute Couture Unveils PADMA Collection
Next articlePS Zindagi – The New Nepali-English Sitcom!