Daily Flights From Kathmandu To Doha With Himalaya Airlines

Here’s a positive news from the Nepali aviation scene. The new airliner Himalaya Airlines has announced that it will be increasing its three-weekly Kathmandu to Doha flights to daily flights from July 11!

The airline which flies an Airbus A320 to connect the two cities hopes to make travelling between Kathmandu and Doha easier for the many people living and working in Doha. Hopefully, this daily connection will also make outbound travel to Europe and Americas easier for those wishing to fly multiple airliners. 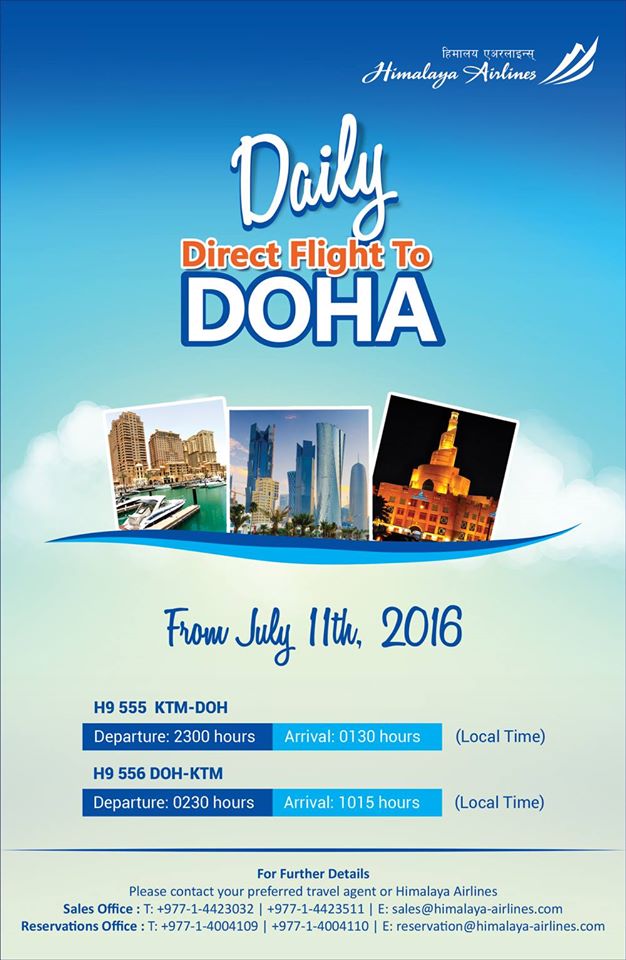 I wonder what city the airline will be flying to next.

Airlines such as Emirates, Singapore Airlines and Qatar Airways have a huge following on Twitter, Facebook and Instagram and it’s nice to see that Himalaya Airlines have also created their profile on all three of the social networking sites. Hope they’re interactive and prompt online and offline.

PS. Hopefully, customers will be able to purchase tickets online and see Himalaya Airlines on skyscanner and various other flight apps and websites.

Lex Limbuhttps://lexlimbu.com
Lex Limbu is a non-resident Nepali blogger based in the UK. YouTube videos is where he started initially followed by blogging. Join him on Facebook and follow him on Twitter.
Previous articleWatch The NEXT’s Incredible FUNTASTIC Dance Cover
Next articleBeat The Heat At Whoopee Land Amusement and Water Park in Chobhar