New York based Nepali model Varsha Thapa is on the October issue of VOGUE India! Twenty-two year old Varsha is the first Nepali model to be on the cover of the illustrious magazine. This is incredible and definitely inspiring! This is a moment right here! Varsha features alongside five other stunning women in the feature ‘Celebrating Beauty in Diversity’. She shared her excitement on Instagram by sharing “I’m literally over the moon to announce my cover with @vogueindia I am SO grateful and humbled to have work with the most amazing team! Thank you so much for conveying such a powerful message to the world about empowering #beauty of #diversity! I stand by this message strongly, especially because I’m an #ethnicmodel and it’s truly harder for ethnic models to make it big! Thank you so much..” . 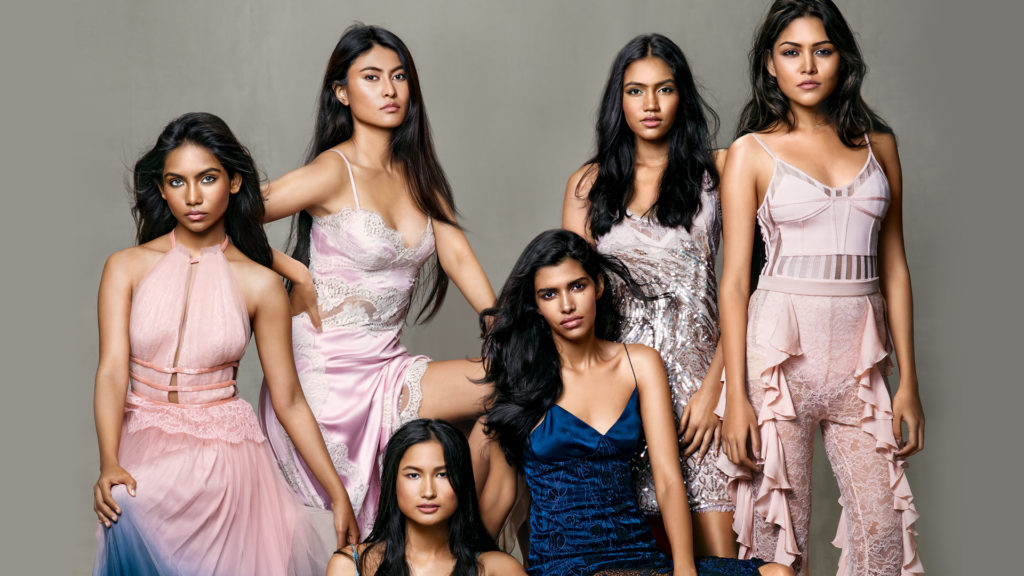 VARSHA THAPA, 22, NEPAL
In a bottle: Five years ago, Thapa reached out to agencies in New York on a whim while still pursuing her Bachelor’s degree in hotel management at IHM-Aurangabad. So when Wilhelmina Models responded, Thapa found herself living the dream in the fashion capital. Her first gig, the New York Fashion Week, saw her walk the ramp for mentor and close friend Prabal Gurung as well as A-listers like Phillip Lim and the late L’Wren Scott. Soon enough, campaigns for Missoni and BCBGMaxAzria followed. Off the ramp, Thapa is busy raising funds for victims of the earthquake that shook Nepal last year. “I believe in the concept of giving back, as we continue to receive from the world,” says the Kathmandu-based model, who is also the first model from Nepal to be signed by a leading international agency. She wants more. “Campaigns for Chanel and Emilio Pucci,” she says. “The former truly understands a woman’s body and the latter has this ’70s rock’n’roll vibe that I love.”
Career highlight: The swimwear shoot for Missoni. “We shot on South Beach in Miami… The weather was amazing—it felt like a mini vacation,” she recalls.
What’s next: A book chronicling her experiences as a model. 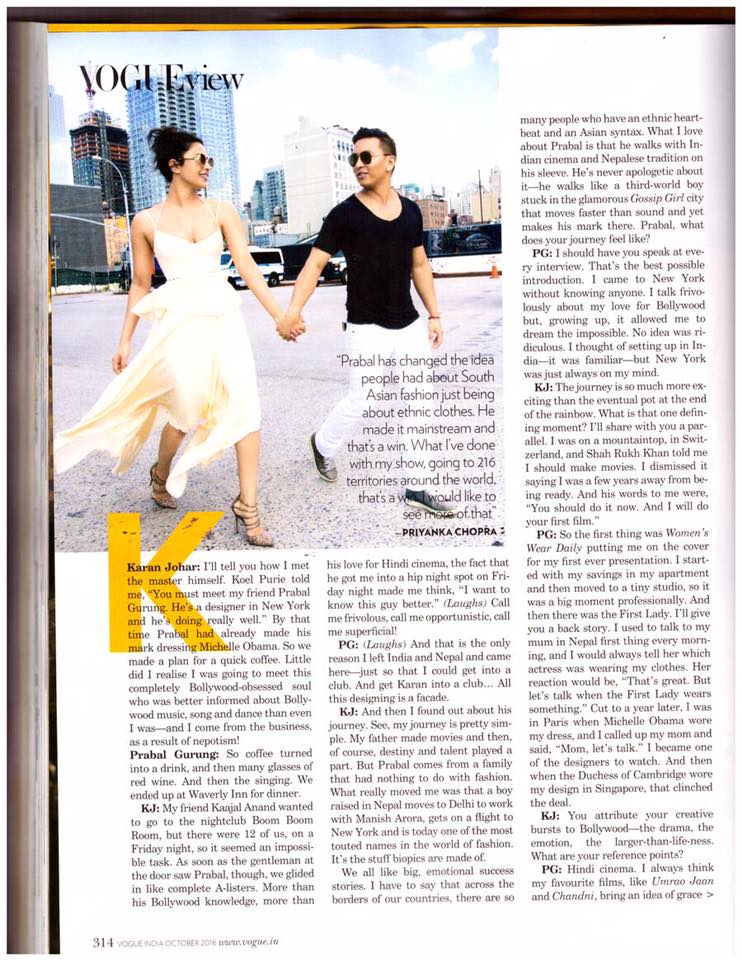 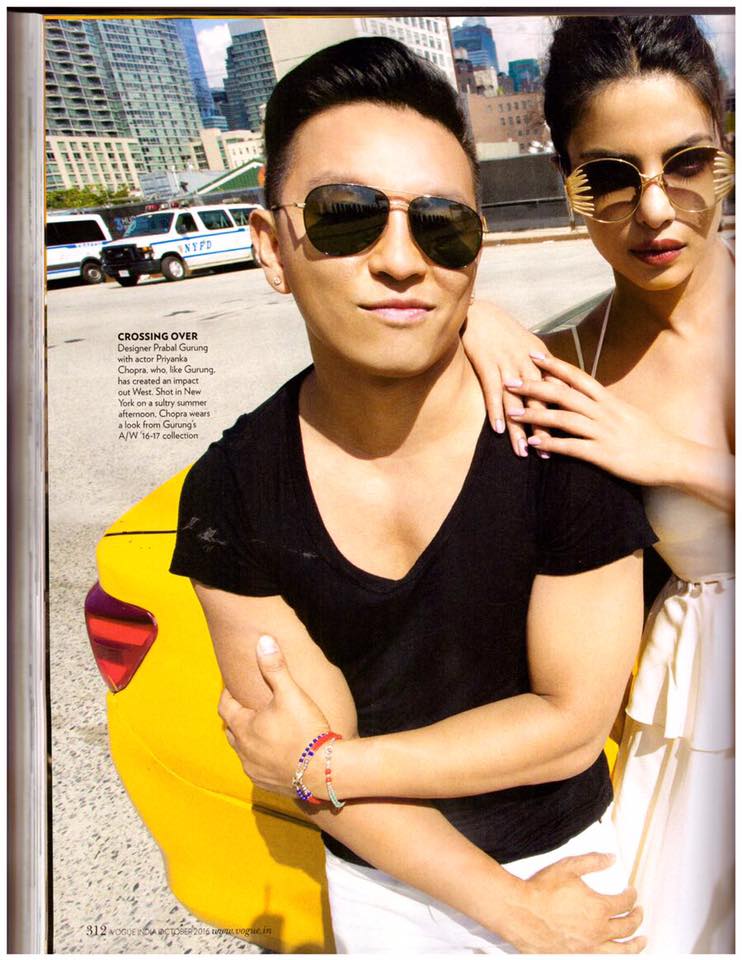 Also on VOGUE India this month is Prabal Gurung! The magazine has a special focus on his success in America and features a coversation between director Karan Johar and designer Gurung. Actress Priyanka Chopra also praises Prabal as a designer and what he has done to change the idea that people had about South Asian fashion!

Lex Limbuhttps://lexlimbu.com
Lex Limbu is a non-resident Nepali blogger based in the UK. YouTube videos is where he started initially followed by blogging. Join him on Facebook and follow him on Twitter.
Previous articleCushions That Will Add Personality To Your Living Room!
Next articleBoxer Surez Gurung’s 5th Pro Fight At BATTLE OF VICTORS Tonight!