Get Ready For DIPLO in Nepal This March!

Major news for DIPLO fans in Nepal! The American DJ took to Twitter to confirm to his followers that “…diplo in Nepal is a real thing”. The hitmaker who has worked as a producer for the albums Purpose by Justin Bieber and Lemonade by Beyonce replied to a fan who was curious regarding the news floating around on social media about Diplo in Kathmandu.

Yes diplo in Nepal is a real thing https://t.co/B3lsVK9Iu3

The Grammy Award winning musicians gig is slated for a March 1 date, a presentation by DanceMandu. I am sure it’s going to be an epic event that will be remembered for a long time to come! He’s so current and THAT is majaaah!!! Grooving to hits from Lean On, Cold Water, Where Are U Now, Paper Planes and SO MANY MORE! Bring it TwentySeventeen!!!

DanceMandu have shared that additional info about venue and tickets will be coming within a week! Maybe by the end of Jan! Anyways’ EXCITING TIMES Y’ALL! Cray cray! Time to get turnt up KTM folks. 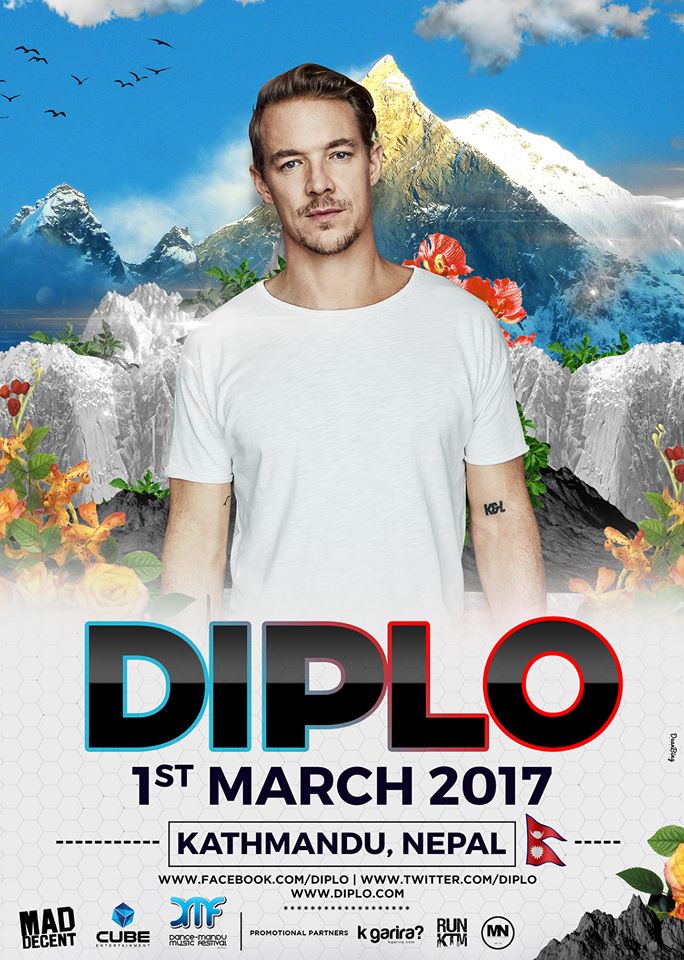 PS. I lovee “Bitch I’m Madonna” a song that he co-wrote and co-produced for Madonna’s REBEL HEART album!

Lex Limbuhttps://lexlimbu.com
Lex Limbu is a non-resident Nepali blogger based in the UK. YouTube videos is where he started initially followed by blogging. Join him on Facebook and follow him on Twitter.
Previous article“I lose a lot. But then I rise to fulfill my dreams” Ishan Biju Shrestha
Next articleNepali Transgender Model ANJALI LAMA At Lakme Fashion Week Summer Resort 2017!