With less than a month till the masterplan unfolding, LOOT 2 has treated us with a new song GHYAMPE which has been sung by Hercules Basnet and the rap has been done by none other than Nischal Basnet. Seriously. What isn’t he doing right now. Directing, singing, acting, dancing, rapping – what’s next Nischal? Leave something for us too ahahahah!

The GHYAMPE video features Saugat Malla aka Haku Kale alongside Bipin Karki and Dayahang Rai. The choreography for the video has been done by Renasha Bantawa Rai and Bikram Swar. Well we’ve already got the best song from LOOT 2 it seems! Maybe this song will fit better as we watch the film!

Tickets for the UK premiere of LOOT 2 is now on sale! Catch the film at Princes Hall in Aldershot on Saturday February 25. The LOOT stars Saugat Malla and Dayahang Rai will be at the premiere organized by Gurkha Warriors. 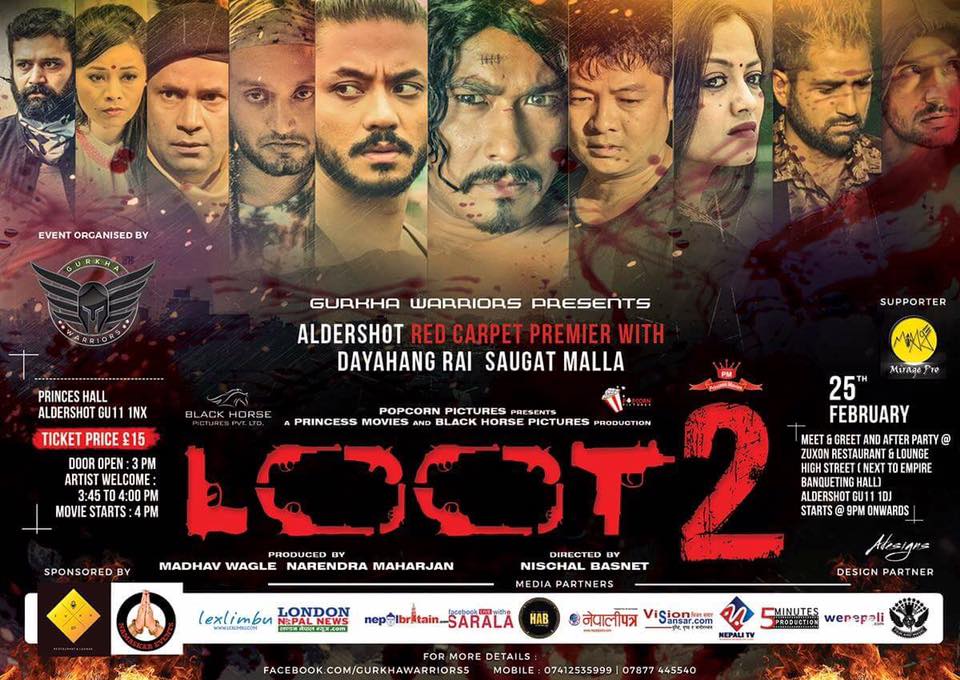 Lex Limbuhttps://lexlimbu.com
Lex Limbu is a non-resident Nepali blogger based in the UK. YouTube videos is where he started initially followed by blogging. Join him on Facebook and follow him on Twitter.
Previous articlePadma Shri Honour From India For Anuradha Koirala
Next articleHow Neha Gauchan Made Her Korea University Winter Study Program A Reality!