LOOT 2 actors Saugat Malla and Dayahang Rai landed at London Heathrow Airport and were driven straight to the press conference in Hounslow on Thursday evening. Screw jet lag right? The actors were in conversation with Deepak Gurung who led the interaction. The press conference was live-streamed via Facebook and unsurprisingly Saugat Malla shared very little leaving Dayahang Rai to answer most questions.

Hopefully the actors will enjoy some rest and be fully energised for a Facebook LIVE chat with Sarala Thapa on Friday afternoon. Miss Thapa who is well known for her Facebook LIVE interviews is surely going to throw in some surprising questions and games! The very first screening, the premiere of LOOT 2 takes place on Saturday at Princes Hall in Aldershot followed by a screening in Folkestone on Sunday. 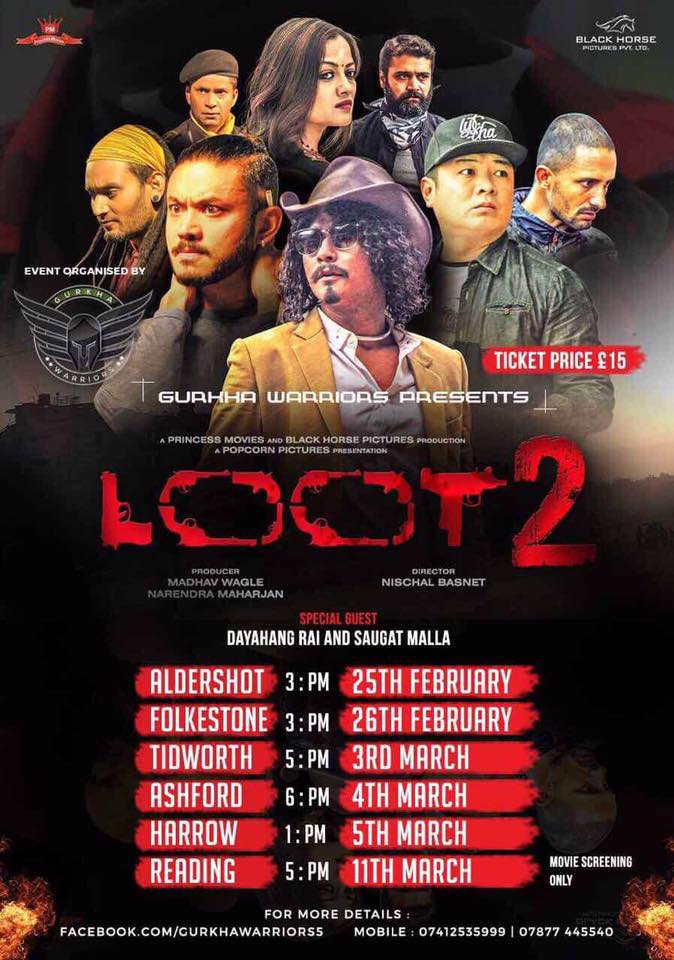 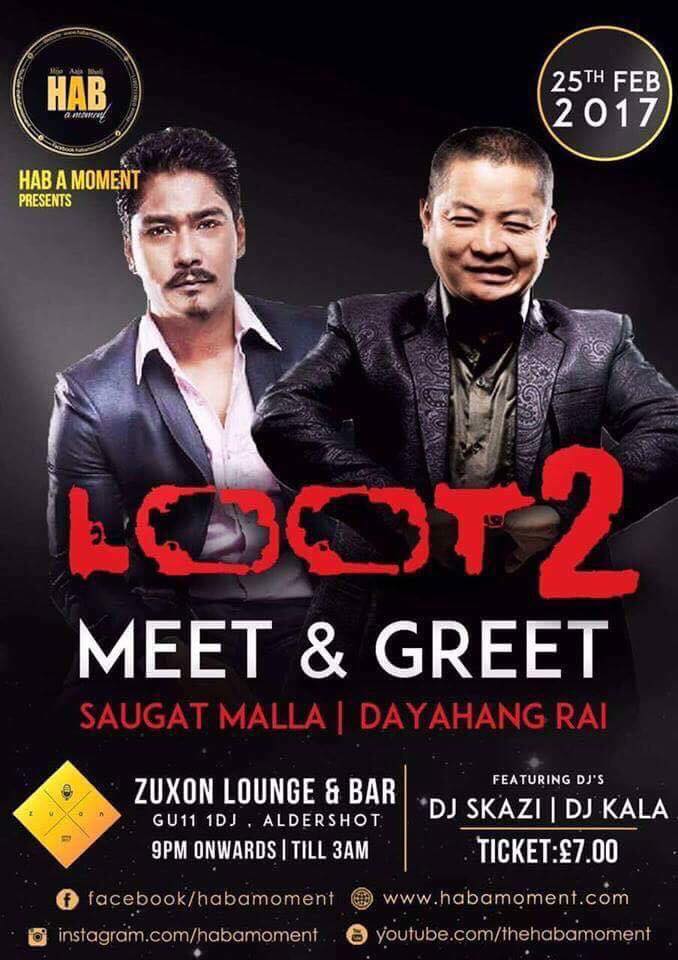 Fans of Saugat Malla and Dayahang Rai can meet the stars at the meet and greet on Saturday evening in Aldershot.

I am personally so lexcited to watch LOOT 2! I hope it’s an entertainer!

Lex Limbuhttps://lexlimbu.com
Lex Limbu is a non-resident Nepali blogger based in the UK. YouTube videos is where he started initially followed by blogging. Join him on Facebook and follow him on Twitter.
Previous articleSaruk Tamrakar Covers LIVING Magazine!
Next articleGurkha Jewellers Introduces KHUKURI CROSS SPECIAL EDITION Watches