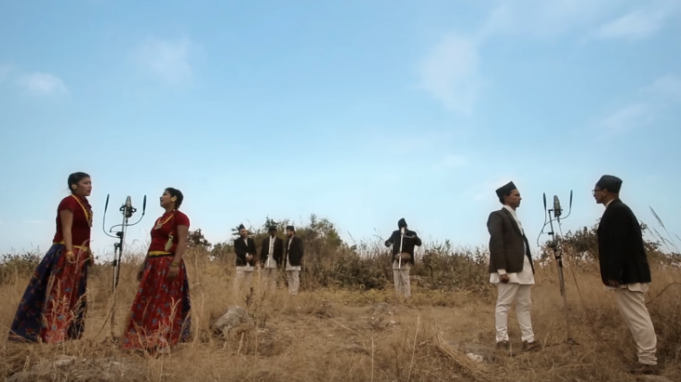 One word – BRILLIANT! That very well describes the NIGHT bands title track Jhalka Raya Buka from their upcoming second album by the same name. Set in the hills of Champadevi in Pharping, the video makes for a mesmerising viewing. The new-school folk band are known for their use of traditional and endangered Nepali instruments to create their sounds. The title track is based on ‘Deuda’ and ‘Thadi’, traditional singing practices of Western parts of Nepal. According to the band, the song is in ‘Khas’ language, said to have originated from Sinja Valley, Jumla, Nepal.