London’s newest Nepali establishment CLUB KTM will see DAJU BHAI Inc and the Rishall Brothers Band perform on Saturday 6th of May. The evening gig slated for 6PM will have popular Nepali songs covered by Daju Bhai Inc as well as Rishall Brothers Band. The bands will most probably also sing few of their originals in the evening. 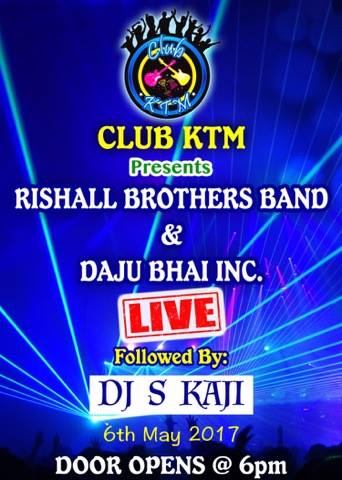