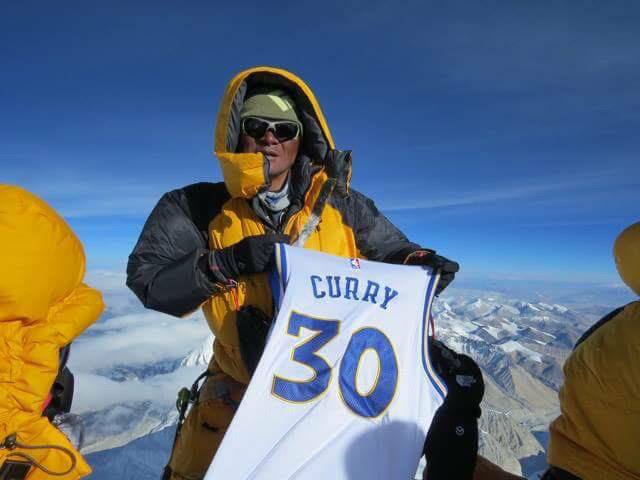 On his most recent summit on top of Mount Everest, NIMA TENJI SHERPA decided to jazz it up this year as he showed off basketball star Stephen Curry’s Golden State Warriors jersey! The photos from 21st of May have been shared by several pages and accounts including Nepal Basketball and BleacherReport.com. Let’s hope the American basketball player gets around to seeing the photos very soon! Sherpa was apparently asked by his 15 year old son, who’s a big fan of Curry, to take his jersey on his journey to the top of the world! What a dad! Legend! 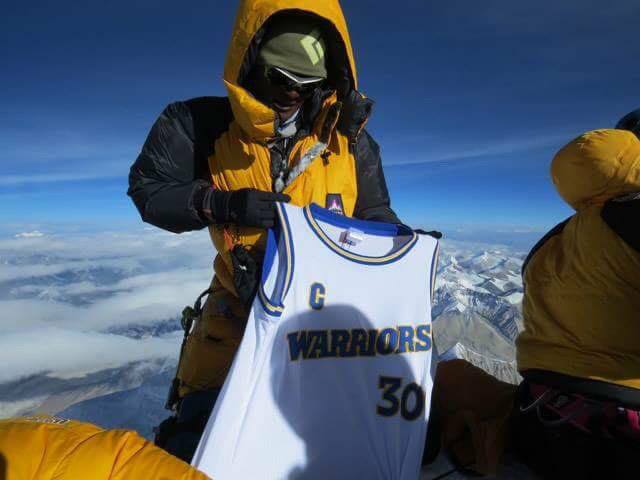 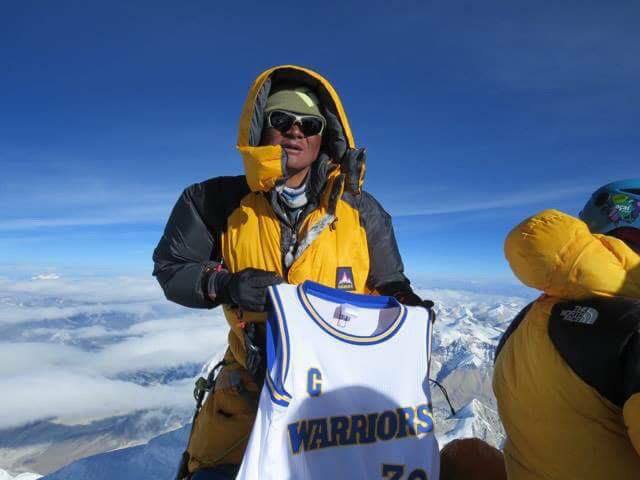 On that note, here’s a really really cool and funny video of Stephen Curry with James Corden. Don’t forget to watch the part when he starts singing Disney tunes. Lolz.