1974AD #thenewlineup will be performing in London this August! The Pahilo Junima rockers, back with their ninth studio album HAZAR SAPANA will be playing at the Coronet Theatre on August 18. The event by The Signaturee and D&G Entertainment will see the new line-up which consists of the ‘Bistarai’ singer Rohit John Chhetri. The band who’s very well known for their hits Parelima, Sambodhan, Nepali Ho, Hazaar Sapana will definitely give London a night to remember!

EARLY BIRD Tickets will be released on June 10th at only £10! That’s a bumper bargain. Make sure you don’t miss that out. The second release of tickets will be on THURSDAY at £15 followed by advance tickets at £25 and the door price at £30. The opening acts for the evening is yet to be confirmed. Your hosts for the evening will be the gracious Sarala Thapa and myself! We’re excited to be working together, well talking alongside one another again. We’re definitely going to make sure that everyone is up on their feet and jamming away! 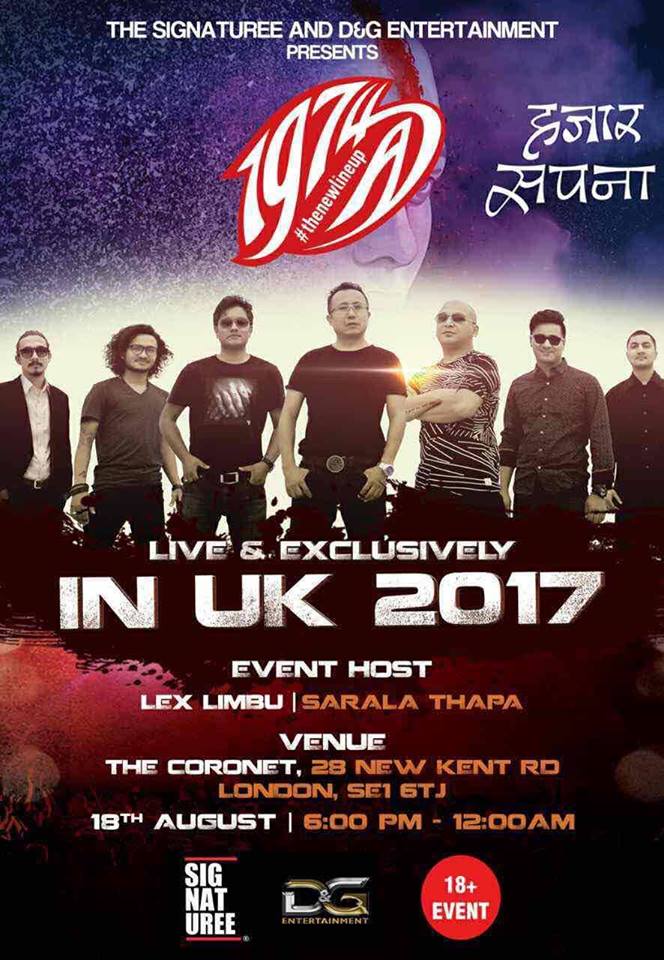 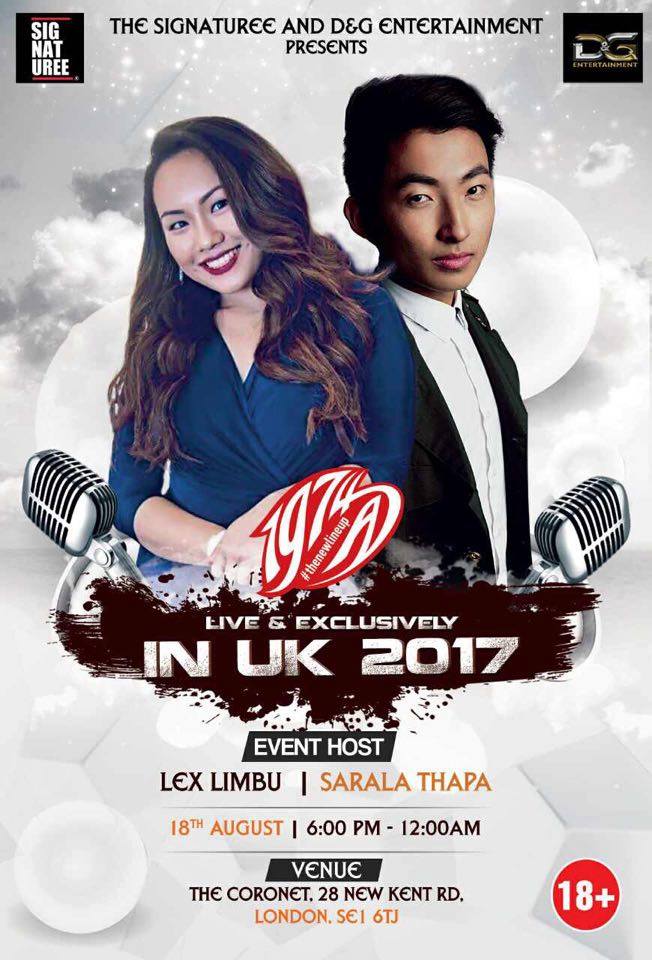 BIRTHDAY ENTRIES – August 14 TO 22, if your birthday falls between these dates then you my friend, will receive a free entry for the concert!

Dress to impress! Smart, casual, chic, sexy! Hoods and caps are not allowed at the event so do make a note of that. PHOTO ID is a big MUST! Make sure you are 18 or over and come with a license/passport.

DOORS OPEN AT 6PM. The concert is scheduled to wrap up by 12AM – midnight.

Lex Limbuhttps://lexlimbu.com
Lex Limbu is a non-resident Nepali blogger based in the UK. YouTube videos is where he started initially followed by blogging. Join him on Facebook and follow him on Twitter.
Previous articleLove And Relationship Shown In NAYA JHUL – Nepali Short Film
Next articleTalking BLACK SUMMER With Ritesh Chams