UK based Nepali vlogger ALENA GURUNG from ‘The Nepscots Show‘ on YouTube is in the music video Aru Sanga Timi by Shirish Jung Rana! A typical love triangle ensues in the music videos as Alena is seen going back and forth between her hunky co-actors Resham Malla and Leo Tank. You definitely do not want to be one of the guys, forever wondering if they’re permanently friendzoned and being a third-wheel! That scene next to the tree was everything. Poor guy!

The video makes use of UK’s historic heritage buildings, sweeping landscape to the beaches. I must say, it looks better than reality! Jokes apart, the video has been directed by Puskal Limgr (bhagi) with the fitting lyrics by Nani Thapa. Alena looks beautiful in all her outfits and the male models look the part too!

Alena burst into popularity within the Nepalese community in the UK as a young teen when she participated in a beauty pageant in Dover followed by her brief modelling stint during her holiday in Nepal and appearing in a music video around 2006-7. She currently shares daily vlogs on The Nepscots Show which shows a glimpse into her family life.

Would love to see more of Alena in music videos again! 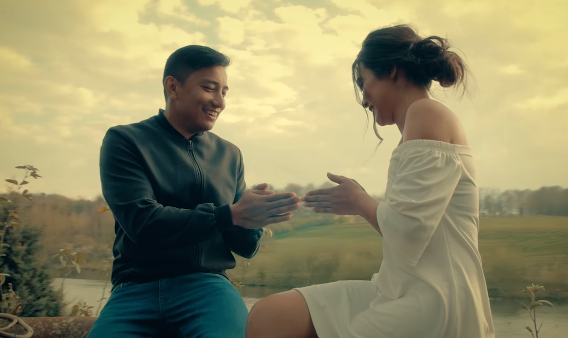 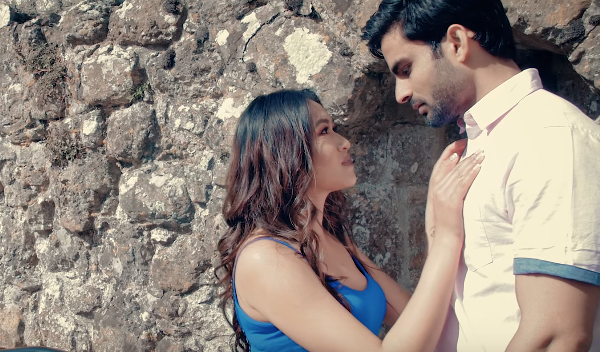 Lex Limbuhttps://lexlimbu.com
Lex Limbu is a non-resident Nepali blogger based in the UK. YouTube videos is where he started initially followed by blogging. Join him on Facebook and follow him on Twitter.
Previous articleTalking BLACK SUMMER With Ritesh Chams
Next articleDeepak Rauniyar’s Critically Acclaimed WHITE SUN In London