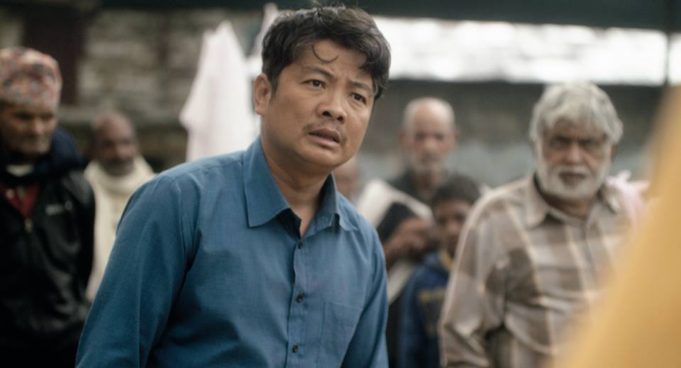 The critically acclaimed Nepali film WHITE SUN has been receiving accolades in film festivals globally and it will finally be the turn of the UK to screen the Deepak Rauniyar film later this month. Director Rauniyar shared that WHITE SUN will be screened at BFI Southbank in London on Monday 26th June. The screening takes place at 6.10PM with tickets ranging from £12.10. As I write this, there are only 31 tickets left for the screening! Make sure you buy it quick and you can buy it online here!

The Dayahang Rai starrer world premiered at the prestigious Venice Film Festival and follows the tale of two brothers with Rai playing a maoist fighter, set in the period after the civil war. WHITE SUN was most recently screened at the 64th Sydney Film Festival where director Rauniyar is also part of the festivals five-member jury panel. Now that’s a first Nepali director in the jury panel at Sydney Film Festival! Woot woot!