HK Night In UK To Bring Nepali Musicians Together!

Six Nepali musicians will be performing across England from August for HK NIGHT by Suvas Gurung. The live gig will feature Mongolian Heart’s Raju Lama, former Nepathya member Gautam Gurung, Deepak Bajracharya, Angles Band’s Raju Lama, Haris Mathema and Sanjeep Pradhan. HK NIGHT is set to be a nostalgic evening down memory lane as the musicians sing their hits and classics such as Timilai Dekhera by Mongolian Heart Raju Lama. The event will be hosted by Miss UK Nepal 2012 Durga Gurung and will take place in Plumstead on Saturday 19th August followed by Swindon on 25th August and Aldershot on 2nd September.

The event will be organised by many members from HK Nepal Youth Organisation UK, who have experience of organising similar events in Hong Kong and the UK. The team are coming together once again to bring their HK Nepalis as well as UK Nepalis together for HK NIGHT in UK to celebrate music!

Advance tickets for the event is currently priced at £20. If you’re up for some classics and good live atmosphere then HK NIGHT it is. 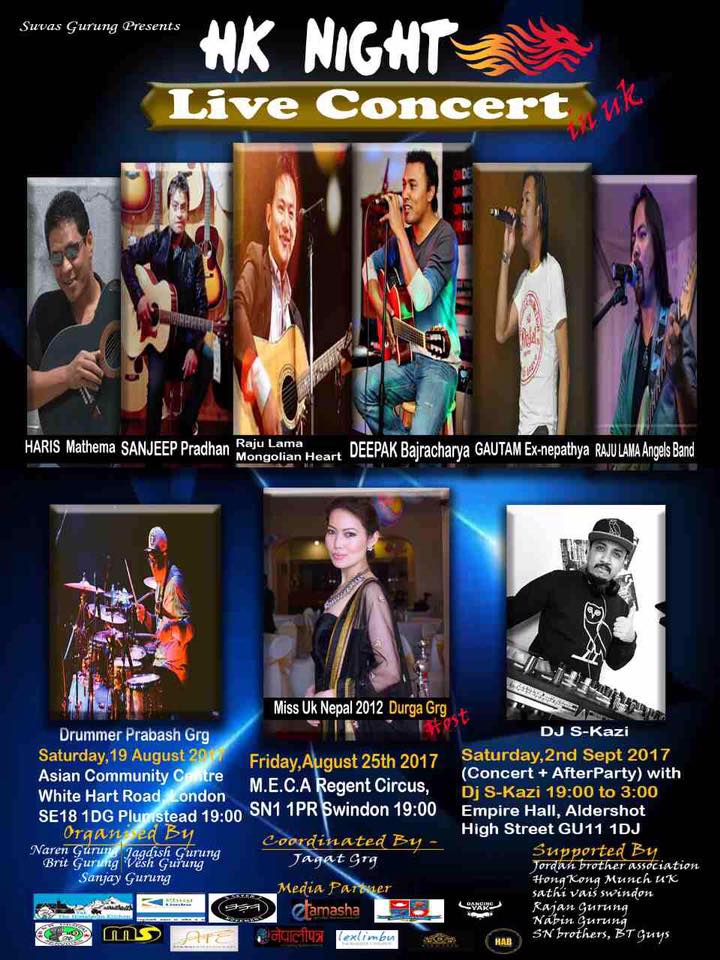 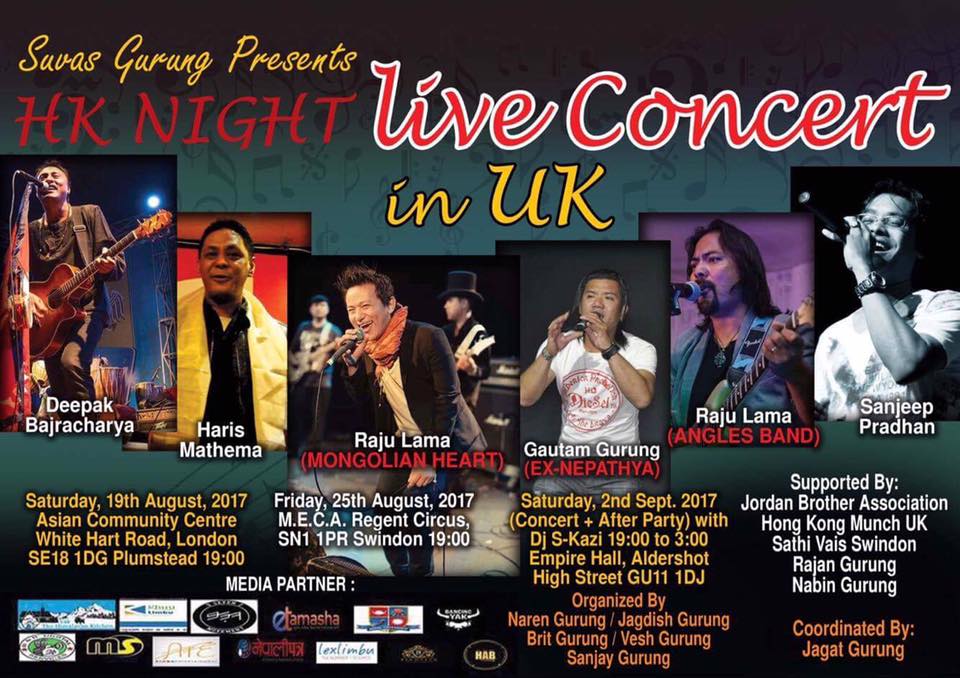 Lex Limbuhttps://lexlimbu.com
Lex Limbu is a non-resident Nepali blogger based in the UK. YouTube videos is where he started initially followed by blogging. Join him on Facebook and follow him on Twitter.
Previous articleVisit Nepal Posters In Barcelona Buses Soon
Next articleSipora Gurung And Ramesh Budhathoki In BHUIMANCHHE