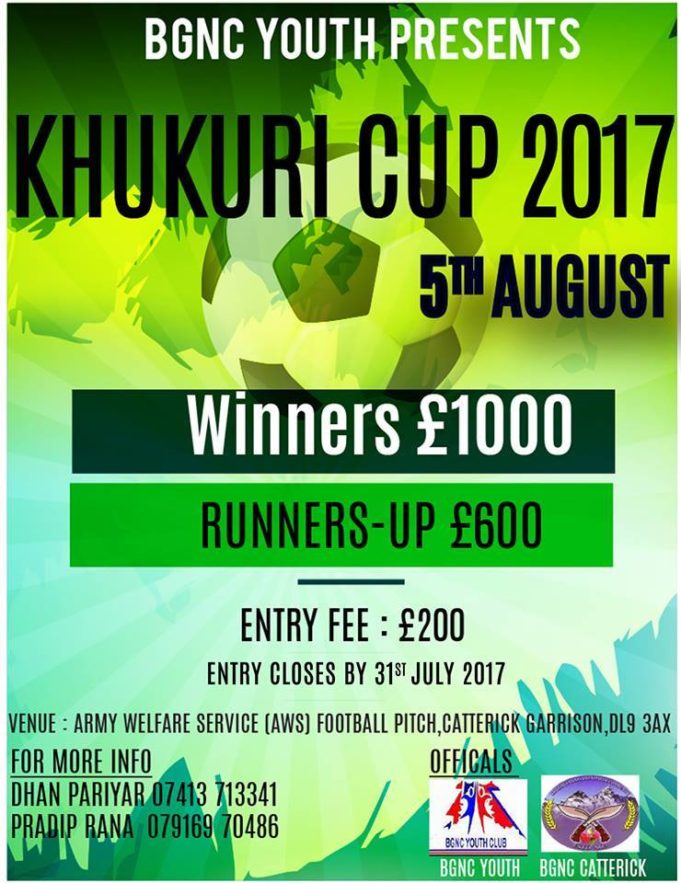 With the great British summertime right here and temperatures often reaching to the thirties, the weather this year has been pretty glorious! The scorching temperature has led to many of us running to our nearest Tesco and Argos to grab the last fan in stock or desperately Googling for the Durdledoor of 2017! Hoping the sun stays shining and people come out in numbers to support the game and make a day of it are the British Gurkha & Nepalese Community (BGNC) Youth Club in Catterick for their ninth KHUKURI CUP! The BGNC Youth Club are back with their annual 7-A-side football tournament on the 5th of August. The annual tournament generally attracts football teams from Northern to Central parts of England. The youth club hope to have more football teams from across the UK participating.

Interested teams should get in touch soon! The suns out and if you’re already kicking it up in the park then might as well get to Khukuri Cup and get a step closer to winning that £1000 cash prize!