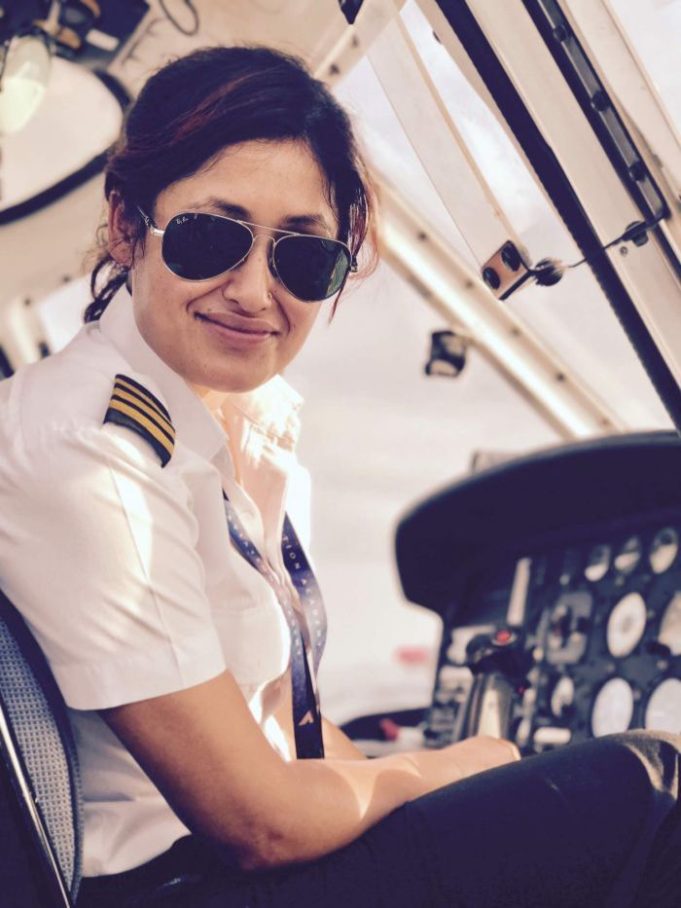 The first female helicopter captain of Nepal, Priya Adhikari has had quite a journey! Having studied Environmental Science for Bachelors and a Masters in Business Administration, Priya’s life took a drastic turn when she signed off as a Cabin Crew and took on the challenge to become a chopper pilot. The thirty-one year old helicopter pilot was invited by Safeskies in Australia to talk about her unique experience of flying and conducting rescue missions across the Himalayas. Priya spoke to ABC Australia about her experience of being a woman pilot in Nepal, detailing a high altitude rescue by adding “I remember one of the rescues we did on the west side, which was the Hidden Valley, and I was almost getting hypoxia because our oxygen was almost already done,”.