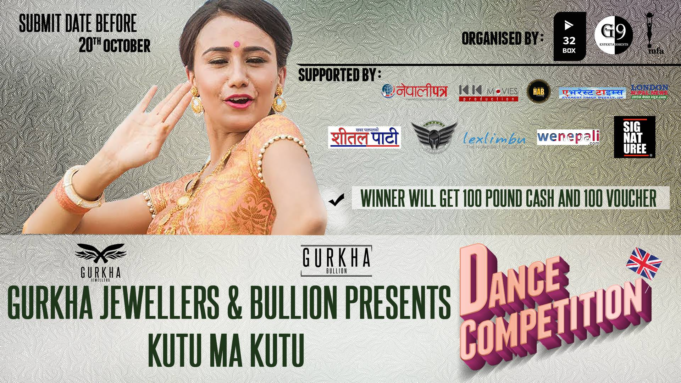 With the song Kutu Ma Kutu on the tip of everyones tongue, DUI RUPAIYAN – a comedy starring Nischal Basnet and Asif Shah has definitely lured many into the cinemas. The laugh-riot was screened in the presence of Asif Shah in Aldershot UK, with more screenings ahead confirmed for York on October 13, Grays on October 22, Harrow – London on October 29 and Maidstone on November 4. 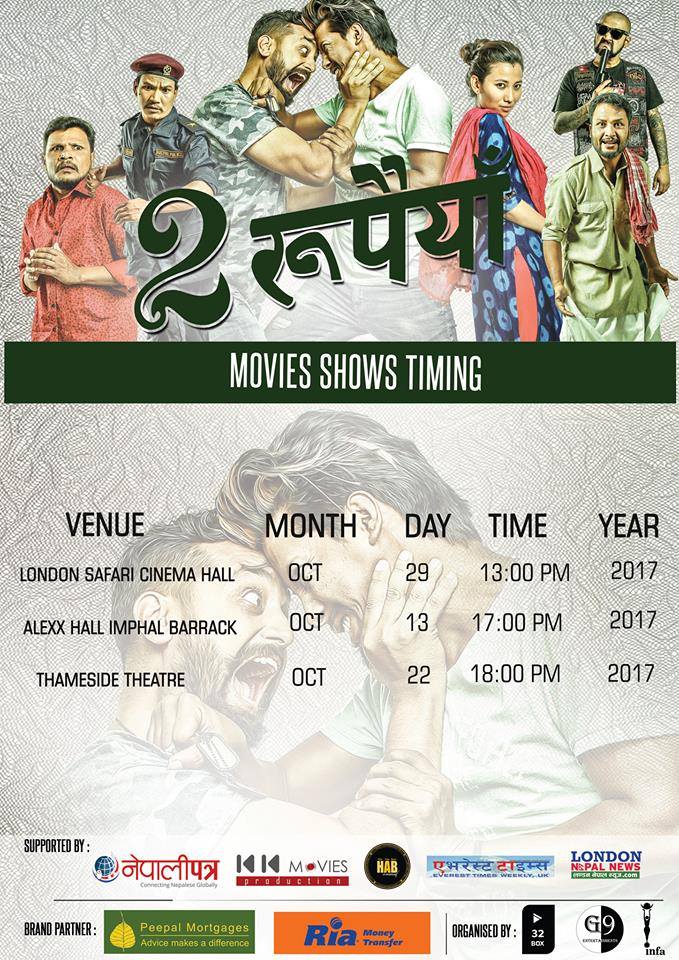 The screening by 32 Box Ltd in association with G9 Entertainment has announced KUTU MA KUTU dance competition. The competition has been presented by Gurkha Jewellers & Bullion. Participants simply have to record themselves dancing to the song Kutu Ma Kutu starring Swastima Khadka, email the submission to NepaleseFilm@gmail.com and Like the Facebook page 32 Box Ltd, share the post of your dance once uploaded by the page and tag as many friends on Facebook as possible. The participant with the most likes, shares and tags will win £100 GBP cash prize including £100 voucher.