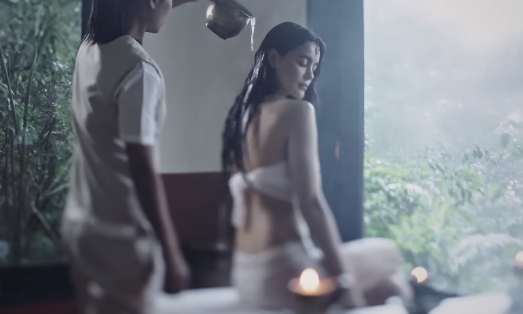 Shristi Shrestha features in the latest promotional video for Taj Madikeri Resort & Spa! Titled ‘Be Touched By Tajness’, the video features the Gajalu actress in the midst of lush green forest in Coorg as sweeping shots of the resort is shown. Unlike the Meghauli Serai video advertisement of Taj Safaris which features Shristi alongside a male model, this video only features the former Miss Nepal. I like how the connection is made with the natural environment and an emphasis is made to connect from within, tugging more on the spiritual side in contrast to pairing a male and a female model together and have them saunter around the resort.

Shristi, so fits the bill! It’s rather surprising similar resort and luxury properties in Nepal aren’t following similar method in promoting their properties.