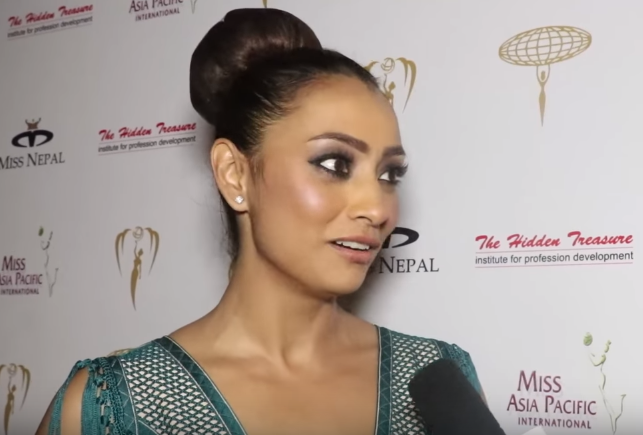 After a long hiatus, Jharana Bajracharya was seen giving an interview with Utsav Rasaili from Ramailo Chha YouTube channel. The Love in Nepal actress who used to be seen across many Nepali music videos once upon a time has been living in Malaysia for the past few years. Jharana who is now a mother to Ishaan spends majority of her time with her husband in Kuala Lumpur. She shares that she comes to Nepal few times a year. No matter how long she has been away from the spotlight, Jharana still looks beautiful! Ramailo Chha caught up with Jharana during the anniversary event of Miss Nepal which was held in Kathmandu in late September.

I would love for Jharana to appear in music videos once again. They way she lights up the screen and how she manages to look so stunning in a simple sari… I swear, she can still create that magic! Such a shame that we won’t get Jharana Bajracharya and Alok Nembang’s work together anymore.