As I walked along the pavement in New Baneshwor a few years ago, a sight of a group of youngsters lining up the sidewalk, showing placards on their hands, instantly caught my attention. It was about the time when the country was witnessing a prolonged political deadlock as the political leaders were not coming into agreement on core issues of constitution, thus putting the country’s much awaited charter that was expected to finally put aside the years of political uncertainty in limbo. On the placards was written “Netaji sambidhan kahile?” or “Leaders, when are we getting the constitution?”

Two things about this protest evoked my curiosity. Firstly, in Nepal where protests or dissatisfactions over political issues spill into the streets in the forms of rowdy, often disrespectful and even violent protests, there were a group of people neatly lining the streets. Whatever they were protesting over were simply written on the placards in bold black letters. I felt that this silent, civilized form of protest was something that the Nepalis, especially the political parties and their cadres needed to learn. Secondly, almost all the individuals lining up the street with placards were young people in their twenties with most in their early twenties.

Keenly gripped by the group and its novel form of making their voice heard, I approached some protesters to learn about who they were. They were members of a political party named Bibeksheel Party, now merged with the like-minded Sajha Party to become Bibeksheel-Sajha Party. I never had an interest in politics, with all the “dirty” tactics and maneuverings that so overtly go on among various political parties to grab the seat of power dissuading me from having any good attitude towards politics and political parties. But like any responsible Nepali, I have always had this sense of responsibility towards making Nepal a better country. So although the group representing some political party did not particularly hit me, what I liked was that their approach to politics was entirely different. I started going to the party office and participating in the weekly training workshops that they organized on entrepreneurship.

This is how I first met Subuna Basnet, Bibeksheel-Sajha Party’s direct election candidate from constituency-4 of Kathmandu district. She was one of the main strategists behind then Bibeksheel’s social activism and entrepreneurship programs. In the weekly interaction program, “Aba ke garne?” (“What next?”) organized at the Bibeksheel Party office, I was impressed by her in-depth understanding of Nepal’s political problems and social ills and the insightful solutions she had for these problems even at such a young age. But, well, in Nepal doesn’t every other politician point out the problems?  What makes Basnet different from others is that she not only has clear solutions to the problems she pointed out; she directly takes lead in taking steps to address those. This is a quality I greatly appreciated in the young woman from a rural village in eastern district of Ilam. And with this same resolve to solve the problems – the ill political culture, lack of transparency and accountability, lack of good governance, among other major obstacles to Nepal’s path to prosperity – Basnet has filed her candidacy for the parliamentary election.

As I started to involve myself more in Bibeksheel’s social activism and campaign as a volunteer, I got more opportunities to interact with Subuna Basnet. I learned that she has had a leading role in almost all of Bibeksheel’s campaigns and peaceful protests that have gained major coverage in media across Nepal. Subuna was the major organizer – strategizing, writing slogans, coordinating with other organizers and participants. Notably, she was seen in the frontline of organizing and actually leading the protests in the streets demanding the government to fulfill Dr. Govinda KC’s rightful demands of bringing reforms in Nepal’s medical education sector.

Unlike in the developed countries, politics in Nepal is practiced as a profession in itself. In other words, for individuals involved in politics, their political engagement is also something from where they are to earn a living. This is one reason why politics has been mostly misused for personal gains rather than for the good of the people. This is also one major area that needs reforms to clean Nepal’s politics of corruption and institute a good political culture.

While Bibeksheel-Sajha Party is the first and only party in Nepal that has made it a policy for all its office bearers to have an employment which looks after their financial needs, Basnet was one of the chief formulators and practitioner of this policy. A central committee member of the party, she has, in fact, remained independent ever since she was in high school. She has taken jobs to fund her own education since intermediate level. Now, having completed her MBA degree, she works to support her brother’s education.

In fact, it is to uproot, among others, this very deeply rooted practice of using politics for profit that she and her party Bibeksheel-Shaja came into being in Nepal’s politics.

On that day when I got introduced to in New Baneshwor, as I already said, it was two things that peaceful protesters of then Bibeksheel embodied that caught my attention – engagement of youths with good intentions in politics and peaceful approach to achieve goals for the common good.

Subuna Basnet not only represents both these core changes needed in Nepal’s politics, she is the kind of youth leader we Nepalis have been missing for all this long – educated, aware, knowledgeable and genuine. 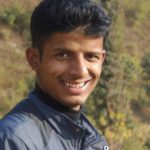 Lex Limbuhttps://lexlimbu.com
Lex Limbu is a non-resident Nepali blogger based in the UK. YouTube videos is where he started initially followed by blogging. Join him on Facebook and follow him on Twitter.
Previous articleTen Years Of LEXLIMBU.COM
Next articleSabin Karki Beest Makes A Comeback With VIRAL BHAIDIYO!

A Foreign Female’s Experience Of Terai

GUEST POST: I’ve been living in Nepal for over a year now in the hectic city of Kathmandu alongside my partner who is Nepali...
Read more