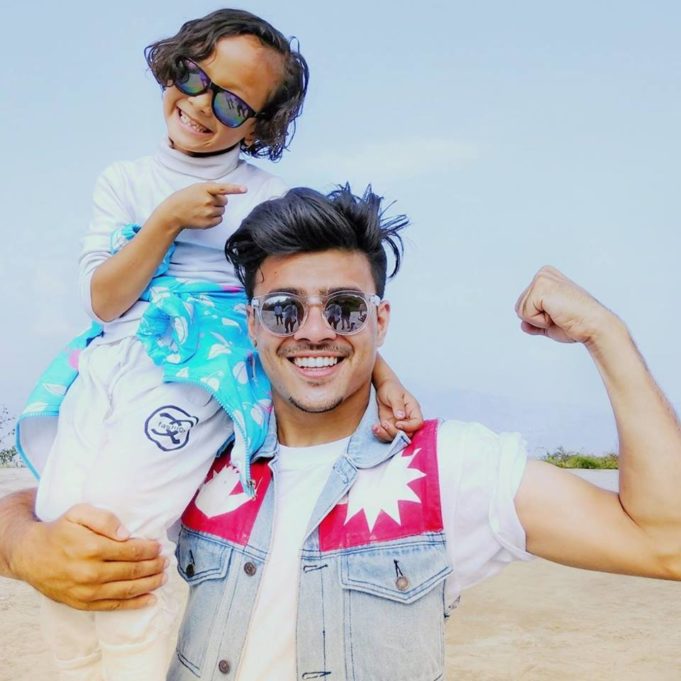 Popularly seen and known as the face of the ‘Cartoonz Crew’, Sabin Karki ‘BEEST’ had been laying low for quite some time. Karki who was in India has officially made his dance comeback with the music video VIRAL BHAIDIYO by Manas Raj! In the video, Sabin ‘Beest’ is joined by a spectacular group of dancers including the child dance star Dikshya Thakuri and Merry Khatri, Sabrina Gurung (Flow), Subham Bhujel, Shankar Dhungana (Kakku) and Xiring Theeng (A). I must say, there’s a different charm and swag that Sabin brings to his dance video no matter how normal the video may be at times. This one makes an adorable watch, especially to see the return of Sabin and the pair-up with Dikshya! Absolutely cute!

PS. I love the denim jacket that Sabin has on!