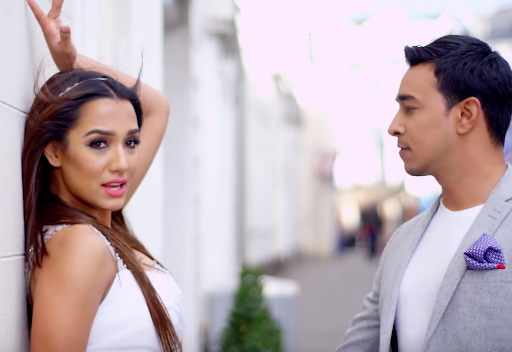 The popular duo Priyanka Karki and Dayahang Rai are coming back together for HAPPY DAYS! Unsurprisingly, HAPPY DAYS will have its world premiere in Aldershot (UK) on Sunday 12th November at the Princes Hall. The film also stars media personality Sanjay Gupta. HAPPY DAYS will be Gupta’s second Nepali feature film after SAFAR which was filmed across USA. The Milan Chams directed film is said to follow the story of a character from Nepal who comes to the UK and falls in love with Priyanka Karki’s character.

HAPPY DAYS is slated for a Nepal release on 26th January 2018. The film has begun its promo campaign with a press release in Kathmandu last week where the music video for TIMI BINA was released. The film will soon release another music video and the theatrical trailer in the coming days.