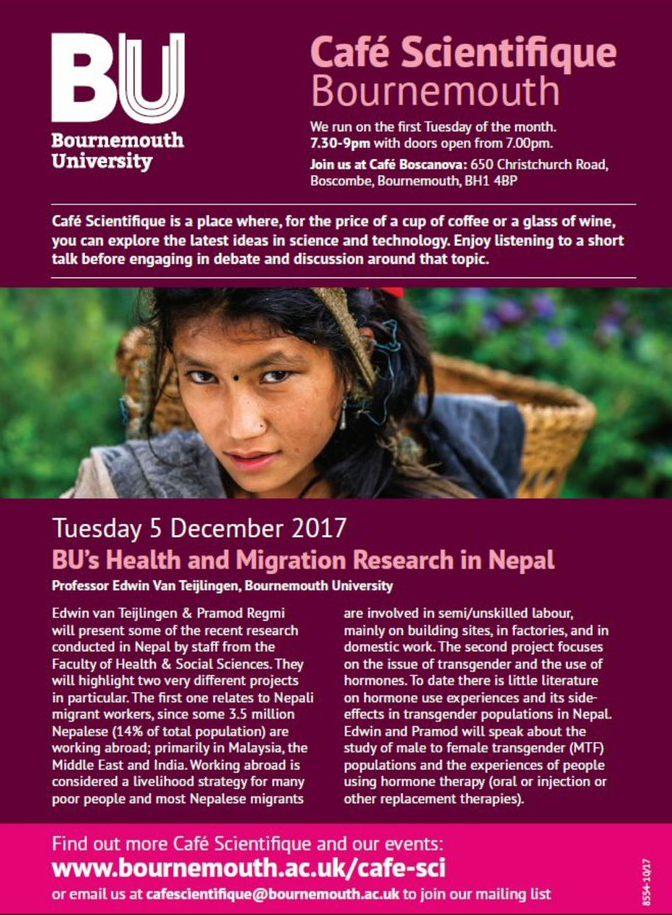 The Bournemouth University’s upcoming ‘Cafe Scientifique’ event on Tuesday 5 December will see Professor Edwin van Teijlingen and Dr Pramod Regmi talk about their research on Health and Migration in Nepal. Teijlingen and Regmi who are both staff of the Faculty of Health and Social Sciences department at Bournemouth University will “highlight two very different projects in particular. The first one relates to Nepali migrant workers, since some 3.5 million Nepalese (14% of total population) are working abroad; primarily in Malaysia, the Middle East and India. Working abroad is considered a livelihood strategy for many poor people and most Nepalese migrants are involved in semi/unskilled labour, mainly on building sites, in factories, and in domestic work.  The second project focuses on the issue of transgender and the use of hormones. To date there is little literature on hormone use experiences and its side-effects in transgender populations in Nepal. Edwin and Pramod will speak about the study of male to female transgender (MTF) populations and the experiences of people using hormone therapy (oral or injection or other replacement therapies).”