A familiar VJ on the small screen, SANDHYA KC made her big screen debut with a cameo in DREAMS alongside Anmol KC. The pretty lass may have had a limited screen-time in the film but it’s her beauty and comparisons to Aishwarya Rai that keeps her in the news and on the homepage of many Nepali entertainment sites. This RAMRI ALERT is not only a pretty face but when it comes to acting and dancing, she rises up to the challenge as evident with her guest appearance in the blockbuster Chakka Panja 2. Even alongside starry names such as Swastima Khadka, Ayushman Joshi and Priyanka Karki, Sandhya managed to grab the attention of the viewers till her very last minute on-screen in the film.

With the song Takan Tukun crossing three million views, Sandhya is hopeful that her upcoming film Kamaley Ko Bihey will showcase more of her acting chops. It was her scene in Chakka Panja 2 that really made me take notice of her and I thought of reaching out to her eventually for this feature. Amusingly, Sandhya made me a ‘Bhai’ on the Would You Rather? video by Paradygm TV. The actress has a series of films lined up for release and made the perfect ‘RAMRI ALERT’ feature for lexlimbu.com 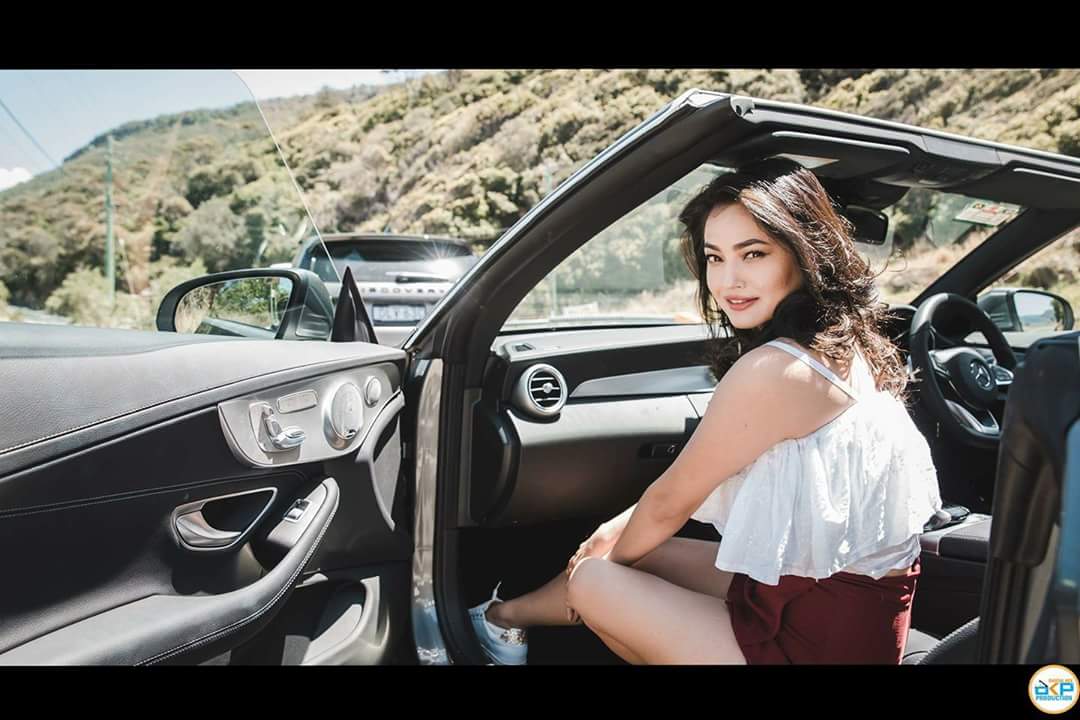 LEX: How was the Chakka Panja 2 experience and what sort of feedback have you received for your brief performance?

SANDHYA: Chakka Panja is a brand name by itself, so I didn’t think twice when I was offered the role. The whole team was very experienced and I liked the professionalism. My role in the movie was meant to be a cameo role and although it is so, I think my role brings in the best spin and twist. I am glad that the audience liked my performance in the movie even though it was only a brief appearance

LEX: You made your entry into Nepali cinema with DREAMS and have Kamaley Ko Bihey, Happy New Year and Katha Kathmandu coming soon. What types of characters do you play in these upcoming films? [ ]

SANDHYA: Kamaley ko Bihey is a fun movie with its light humour. The film revolves around Kamale, a village simpleton on his mission to find his bride. His aim is to find love before marriage but his would be bride has to fit into the strict criteria laid down by his conservative father. Please do go and watch the movie and I promise that you won’t be disappointed. On the other hand, Katha Kathmandu is a movie that captures the life of three different characters in present day Kathmandu. I play the role of a college student and basically the character is me. The movie portrays me as a carefree, happy go lucky college student who does her best not to expose the softer side buried deep inside her. Finally, Happy New Year is movie shot in Australia about young love. It has beautiful scenic locations with terrific footage. 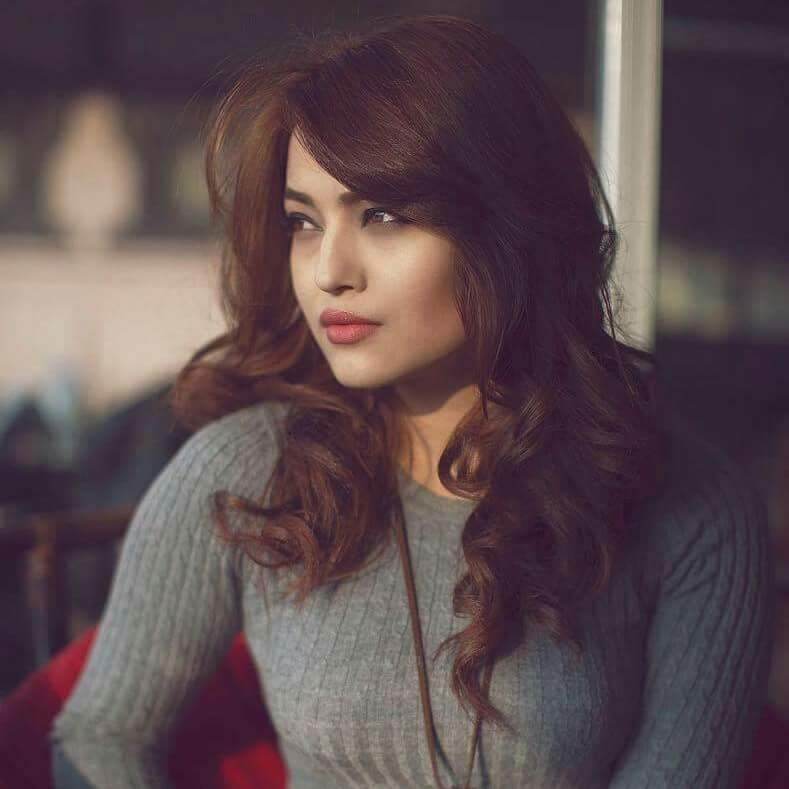 LEX: Over on Instagram, where you have over 100,000 followers, your profile states that you are a Marketing Executive at Kundalini Diagnostic Center, what does that require from you?

SANDHYA: I have been with Kundalini Diagnostic Center since April of 2016. I work as an Executive Marketing Officer and mainly responsible for digital promotion of the diagnostic center. There are times when I am expected to go and meet doctors to promote the center. Kundalini Diagnostic Centre boasts the latest 128 slice PET CT machine that is essential for management of cancer patients. We have a 3 Tesla machine which is again as good as it gets , in any part of the world.

LEX: From the early beginning as a VJ at IMAGE CHANNEL, modelling and acting in films, what is something that you need to be a media and a public personality?

SANDHYA: Love and support from parents and self confidence. No two days are going to be the same and with popularity comes criticism… So, the ability to take everything in my stride and learn from my past mistakes is my mantra.

LEX: You were recently in Australia, can you tell the readers what took you to Australia this time around?

SANDHYA: The primary reason was to complete the project that I started last year. Then there were other smaller yet important and meaningful ventures that tempted me to go back Down Under.

LEX: Since that was not your first time in Australia, what are some of the things that you enjoy about the country?

SANDHYA: Australia has some of the most scenic places and terrific beaches to enjoy. It is clean and the people are extremely friendly. I feel safe travelling at any time of the day or night.

LEX: Moving onto Nepali showbiz and entertainment, who would you count as a friend from the industry?

SANDHYA: I have made a lot of good friends in the industry namely Suravi Manandhar, Swastima Khadga, Barsa Raut and Surya Thapa.

LEX: And from the Nepali showbiz and entertainment, who would you want to get to know better?

SANDHYA: There are so many senior colleagues in the industry that I would like to learn from. From Rajesh Hamal, the knack of staying well above the rest for so long… from Deepak Raj Giri, the perseverance to produce movies that touch people’s heart, Priyanka Karki – the ability to stay fit and give her very best under every circumstance, Anmol KC – the magic of his continuous charisma and stardom and Namrata Shrestha, the secret of her evergreen beauty and terrific acting ability. I have just taken my first steps in the industry and have lots to learn from the skilled theatre artists, producers and directors.

LEX: That’s quite a list! Lastly, a perfect Saturday for Sandhya KC would be?

SANDHYA: Shopping , shopping and even more shopping …. and someone else to pay for it!!! 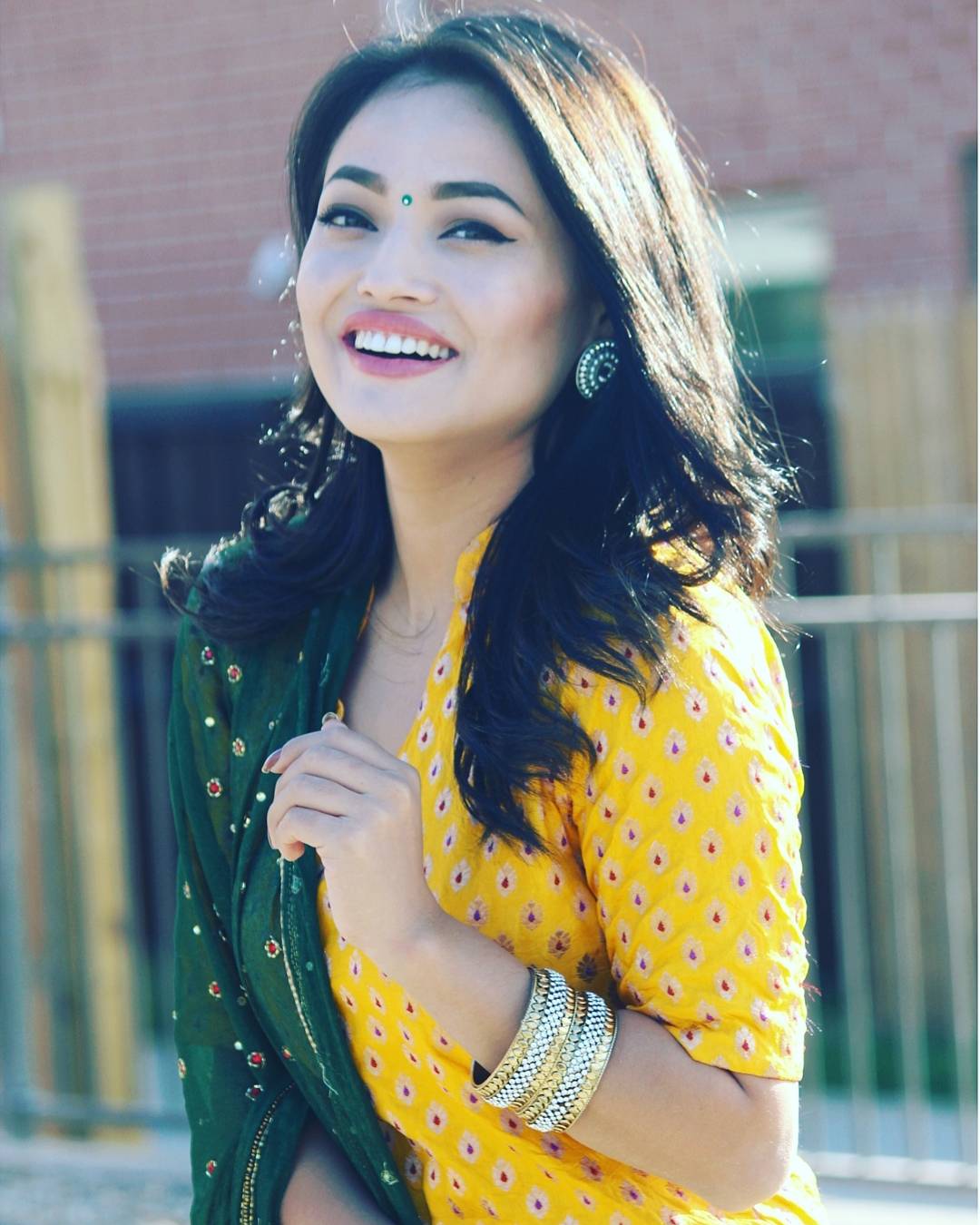 Lex Limbuhttps://lexlimbu.com
Lex Limbu is a non-resident Nepali blogger based in the UK. YouTube videos is where he started initially followed by blogging. Join him on Facebook and follow him on Twitter.
Previous articleHealth and Migration Research in Nepal Event At Bournemouth University
Next articleNamrata Shrestha At EKADESHMA International Short Film Festival Press Meet

The RAMRI ALERT feature is back after one whole year and during this time away, I thought a lot about whether I should continue...
Read more

After a hiatus, we finally have someone for RAMRI ALERT! Surabhi Manandhar may have left her media career in Nepal for the sunny Sydney...
Read more