Meghauli Airport has finally woken up from a seven year slumber! The airport in Chitwan has made a comeback with Nepal Airlines three-weekly flights which started on Wednesday. Meghauli Airport will serve as a gateway for guests visiting Taj Safari’s Meghauli Serai, Barahi Jungle Lodge, Sarang Wildlife Camp amongst other resorts. In its early beginning dating to 1961, the airstrip was created for the visit of Queen Elizabeth and Prince Philip to Tiger Togs Jungle Lodge in Chitwan National Park.

The airport was closed in 2010 after the government’s decision to close the resorts inside the national park. Nepal Airlines will fly to Meghauli Airport from Kathmandu on Wednesday, Saturday and Sunday! This is so ideal – especially considering the drive from Bharatpur Airport to Meghauli can be quite long. I love hot the airport still has a grassy landing strip! 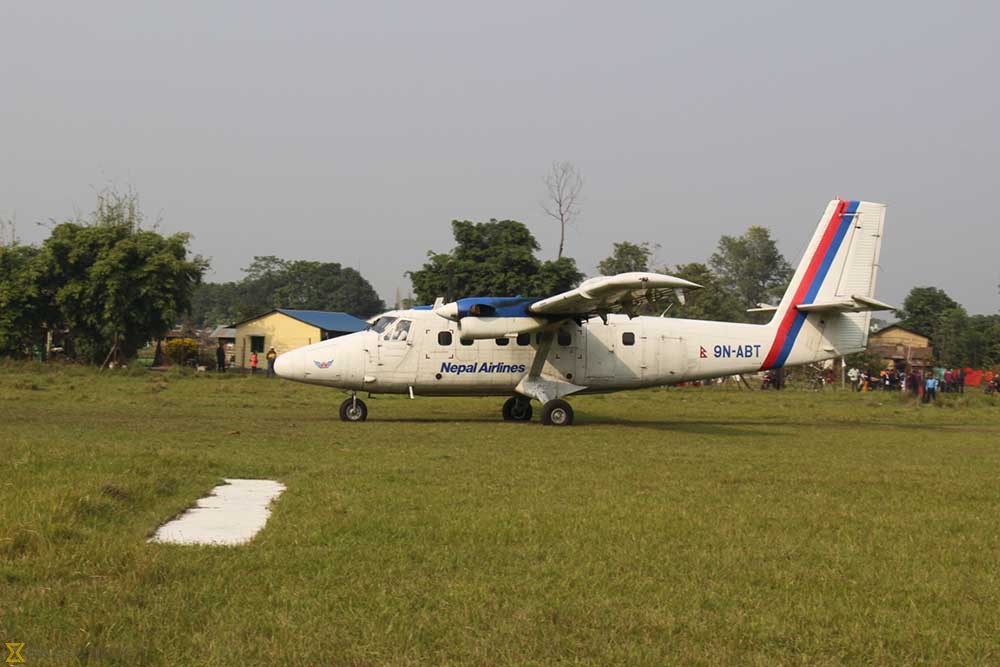