Kishor Panthi, the chief editor of the weekly magazine KHASOKHAS published from New York was honoured by New York and Jersey City Council for his journalism. Panthi who is a resident of New York city was awarded a letter from the Jersey City Council President Rolando R. Lavarro, Jr. and New York City Council, Matthew Eugene. A certificate was given in honour of the contribution made by the journalist through the membership of Nepalese community in the United States.

Panthi received the award at the 10th anniversary of USNepal Online at Sherpa Kidyog Jackson Heights, New York. Apart from being the first accredited Nepali journalist by US Department of State, Kishor also writes for HuffPost, Voice of New York and is the anchor for ‘Talk of the Town USA’ on ABC TV.

Congrats to Kishor! To covering more great stories and stories that need to be told. 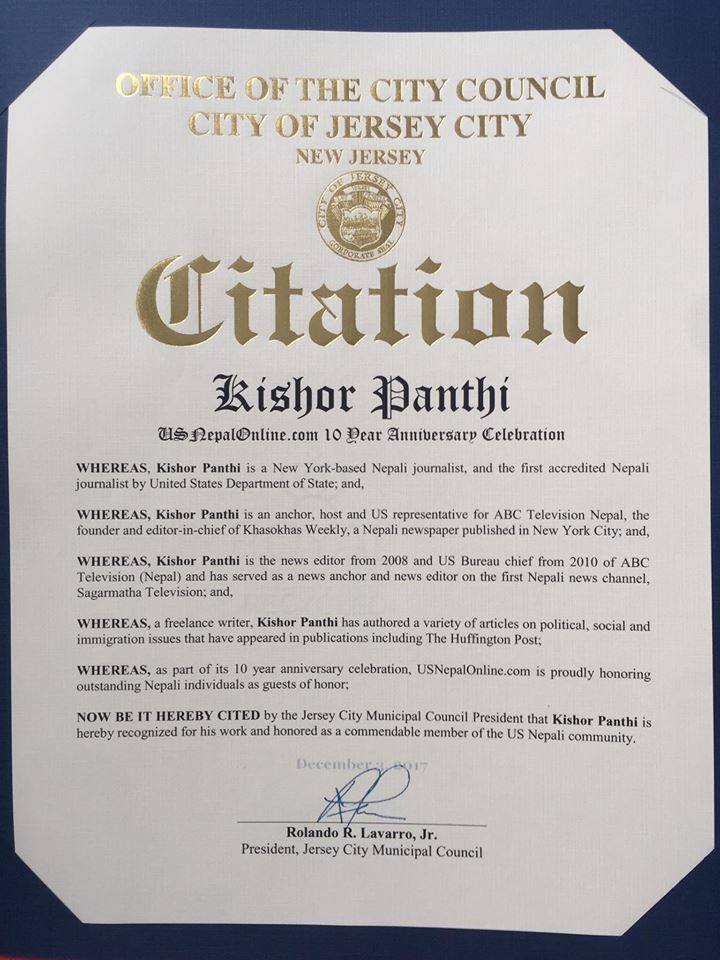 Lex Limbuhttps://lexlimbu.com
Lex Limbu is a non-resident Nepali blogger based in the UK. YouTube videos is where he started initially followed by blogging. Join him on Facebook and follow him on Twitter.
Previous articleTiger Palace Resort In Bhairahawa Receives Five Star Rating!
Next articleMeghauli Airport Makes A Comeback After Seven Years!