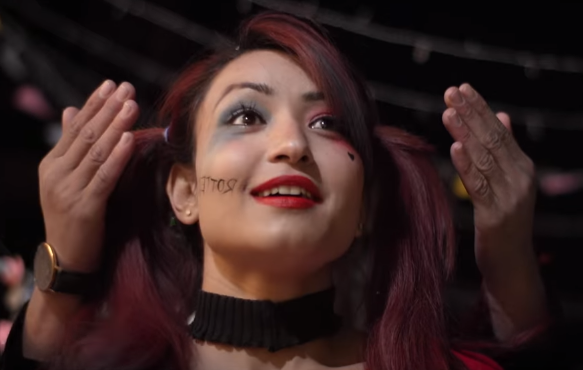 Almoda Rana Uprety‘s popular song KAILE VETNE KHAI has finally received the video treatment! The music video by The Cartoonz Crew is an awwww-dorable watch. It definitely is a change to see them showing different emotions in contrast to their bubbly, smiley happy-self that we often see in their videos. The video has been directed by Saroj Adhikari from The Cartoonz Crew.

Definitely a sweet video! Really liked the surprise part towards the end. It was soooo sweet but the ending was predictably sad.