The Everest trekking trail comes to life as thousands of trekkers make their way to Lukla every day during the climbing season. A few make it far as Mount Everest whilst some only have their eyes set on Everest Base Camp. It’s common to meet dogs along the way of the trail. Give a dog a biscuit and you may very well have a company for the next few hours too. Himalayan Animal Rescue Trust‘s (HART) third intervention in the region took place from 21st May. The animal trust conducted a neutering and vaccination program with a team of six staff members.

With Ang Phurba Sherpa and Chheme Sherpa, playing an instrumental role once again in the dog neutering program along the Everest Trek Trail, the HART team were able to vaccinate and assess the condition of dogs in Lukla Bazaar soon after their arrival. The team vaccinated 52 dogs and treated two dogs that were sick. 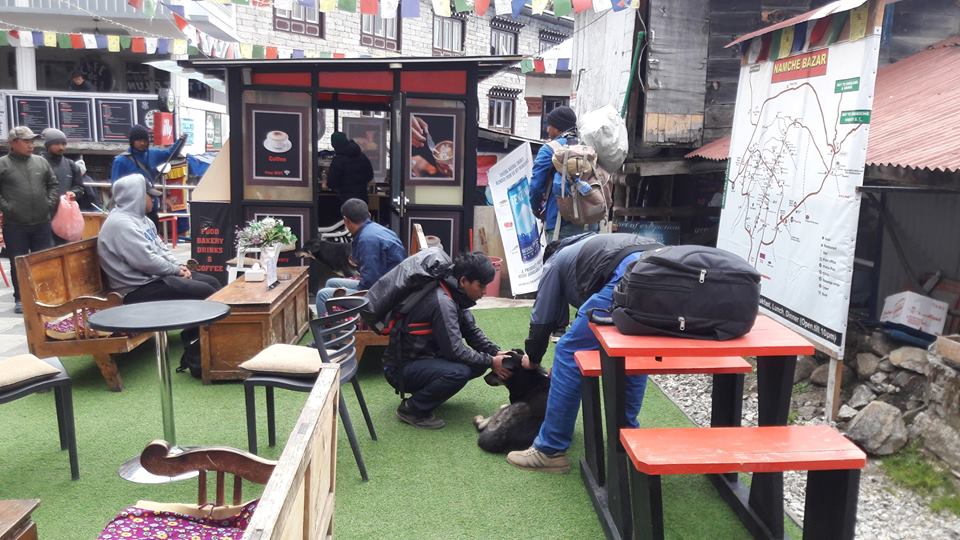 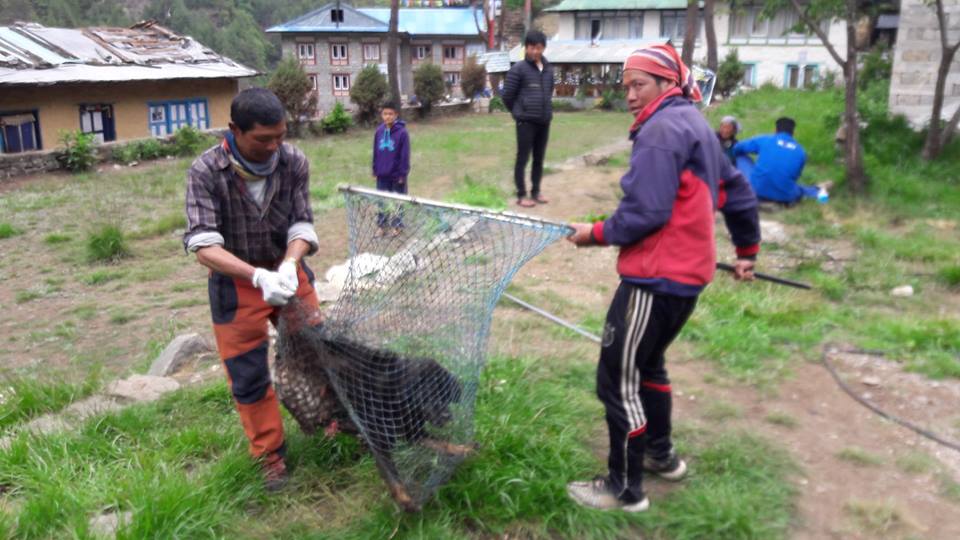 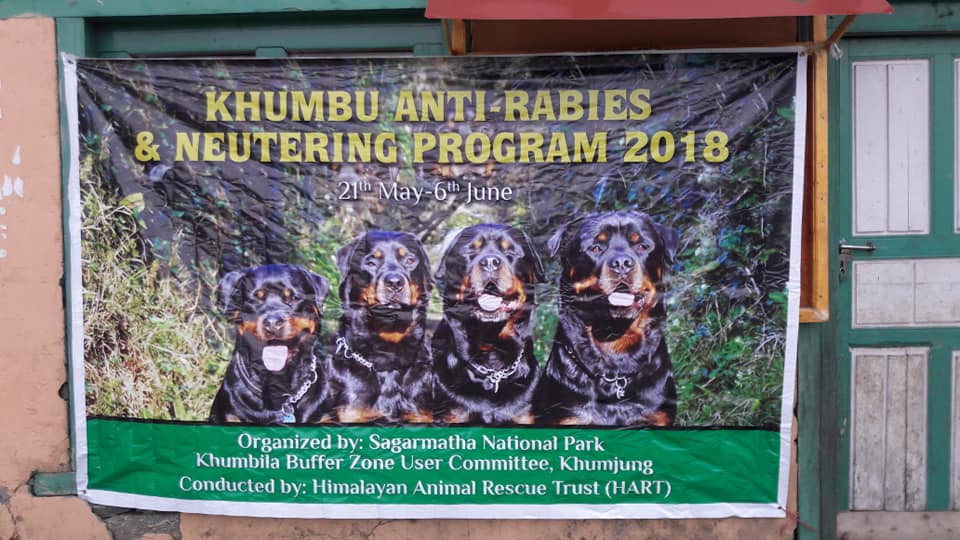 The teams mission was to reach as far as Dingboche (4410m) to treat and vaccinate the dogs, however the team also made it to Pheriche after requests by locals. All together, the HART team neutered 65 dogs and vaccinated 174 dogs in the Khumbu region during the trip.

HOW IS THIS MADE POSSIBLE

HART’s neutering program in this region is partly financed by Khumbila Buffer Zone User Committee of Khumjung, a unit of Sagarmatha National Park. The committee cover the costs of transportation as well. This is the very first time that the national park has collaborated for dog population management to address the wildlife and dog conflict. Various hotels/restaurants and a women’s group in Monjo also sponsored food and accommodation along the way.

Lex Limbuhttps://lexlimbu.com
Lex Limbu is a non-resident Nepali blogger based in the UK. YouTube videos is where he started initially followed by blogging. Join him on Facebook and follow him on Twitter.
Previous articleBreaking Down Stereotypes With The Breakers
Next articleAashirman DS Joshi Serves LOOKS On TNM Mag!