This won’t be like any other Friday night in Kathmandu! The upcoming PROJECT X – Leap of Faith at CLUB DEJA VU will see the dopest Nepalese musicians performing their hits. The event will have JAY AUTHOR and AIZEN singing their hits to their large following. TIME CHAINA has become a global smash with Nepalese parties blaring the songs and the boys hope to make you jump as they perform the hit at PROJECT X!

YODDA had the crowd jumping throughout his set at JOON FESTIVAL and he’s hoping to do the same! Similarly, BZ Yonghang also known as BABA G from New York will definitely wake Kathmandu up with his incredible stage presence. The event will be hosted by everyones’ favourite vlogger – SEGA! Sega will be travelling to Nepal with the musicians and DJ’s from the UK.

Joining SEGA on stage is our very own Samriddhi Rai. The event will also have some incredible music by JATAYU RECORDS. The gig will be followed by a party with London based DJ’s, DJ CVA and DJ S KAZI alongside the well known DJ FINZOK! 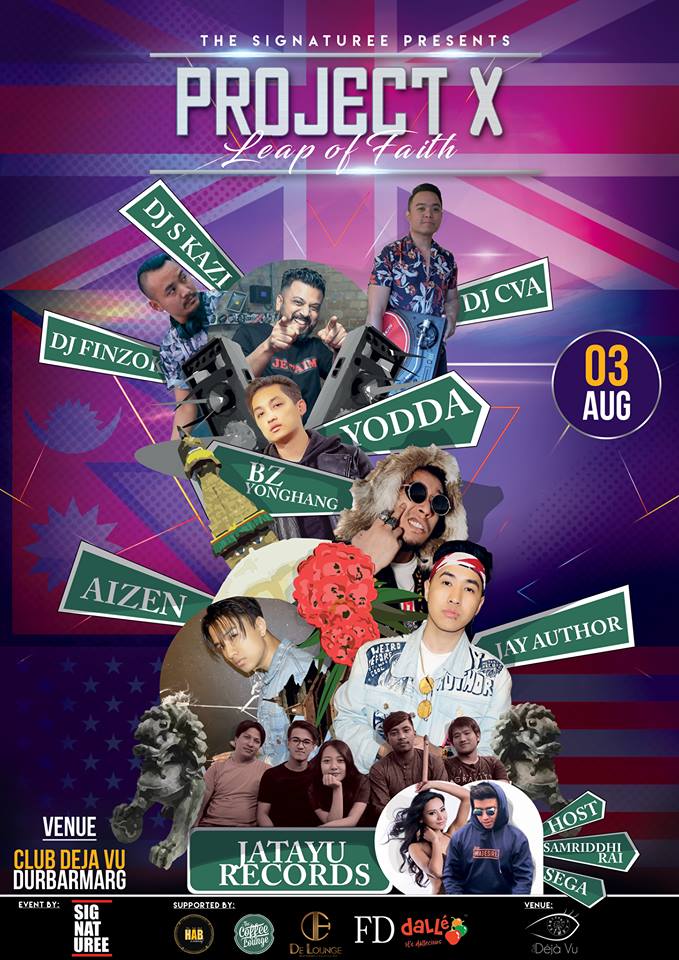 PROJECT X will be The Signaturee’s first event in Nepal.

Lex Limbuhttps://lexlimbu.com
Lex Limbu is a non-resident Nepali blogger based in the UK. YouTube videos is where he started initially followed by blogging. Join him on Facebook and follow him on Twitter.
Previous articlePRABAL GURUNG On Party Nepal July Issue!
Next articleThai Airline LION AIR Ready To Say Sawadeekha Kathmandu