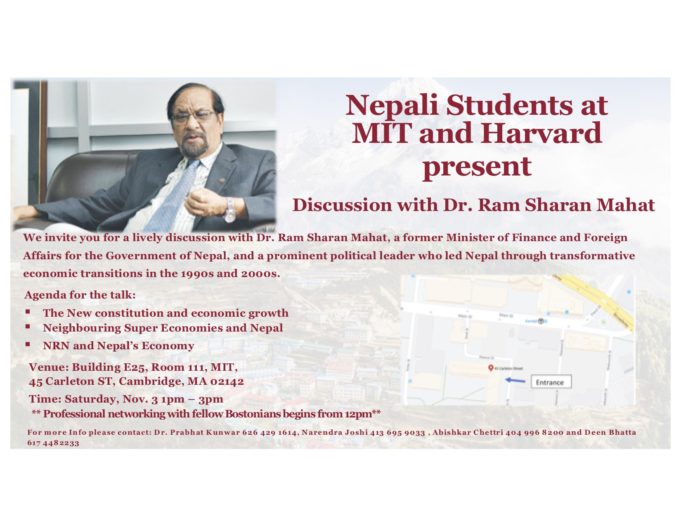 The former Finance Minister of Nepal, Dr Ram Sharan Mahat will be attending an interaction event organised by Nepali students at MIT and Harvard. Dr Mahat will be discussing the constitution of Nepal and the country’s economic growth, neighbouring super economies and Nepal and NRN and Nepal’s economy. His time as the Finance Minister of Nepal came under the government led by PM Sushil Koirala during the year of the earthquake. Dr Mahat also received recognition by UK’s The Banker magazine for being the ‘Best Finance Minister’ globally and for Asia-Pacific for the year on January 2016.

The talk takes place this Saturday, 3rd November from 1PM. The address and contact details can be found on the poster. 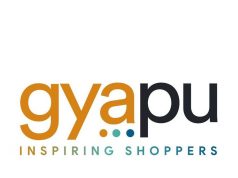 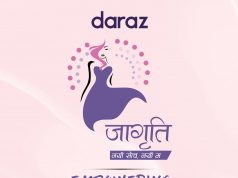