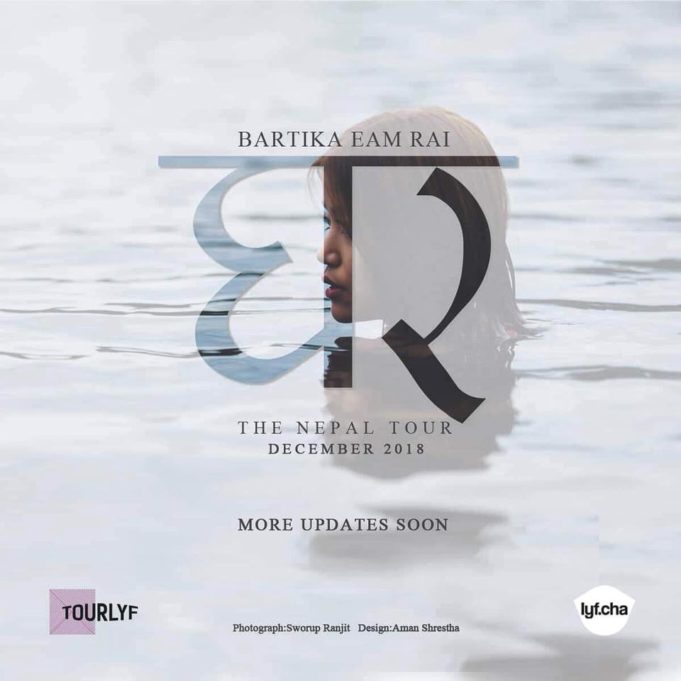 Sharing a poster with title GHAR, it’s the small print which reads ‘The Nepal Tour’ that got many excited! Bartika Eam Rai was not teasing a new song. The Queen of subtlety was telling us all that she’s going on the road this December 2018 for her Nepal tour. I guess for Bartika, it’s getting on a plane from New York to Nepal then eventually hitting the road. Apart from a caption that reads “Dear Nepal”, we pretty much know nothing but also know everything.

Here’s what we know, Bartika Eam Rai will be touring in Nepal this December 2018. I’m smart haha! The tour is aptly titled GHAR and that’s all. I think that pretty much tells us that there will be a date in Kathmandu (of course, it is the capital city after all) and I’d place a bet that Pokhara will definitely be another destination for Rai and team. Whether Bartika will venture to other cities like Butwal and Narayangadh – only time will tell. Since we’re less than a month away from December, I feel like that time is coming very SOON.

PS. Here’s a song for the wait!